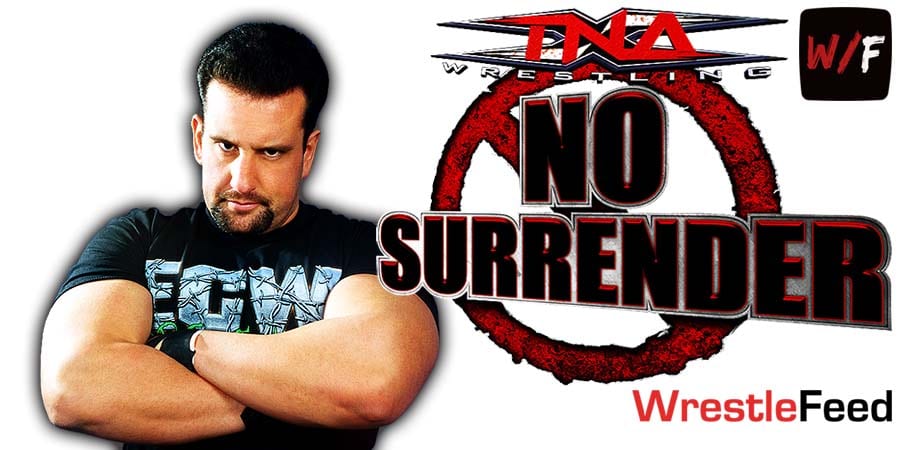 On February 13, ECW Legend Tommy Dreamer will face Rich Swann for the Impact World Championship in the main event of No Surrender pay-per-view.

Here’s what Impact Wrestling posted about it:

“To open up this week’s IMPACT! on AXS TV, reigning IMPACT World Champion Rich Swann thanked Tommy Dreamer for his service to the IMPACT Wrestling locker room. He noted that not only is February 13th the date of No Surrender on IMPACT Plus, but it’s also Tommy Dreamer’s 50th birthday.

As a special gift, Swann offered Dreamer an IMPACT World Championship shot at the event and the Innovator of Violence graciously accepted! As these two friends look to steal the show, who will leave No Surrender with the IMPACT World Title around their waist?”

BREAKING: On @THETOMMYDREAMER's 50th birthday he will challenge @GottaGetSwann for the IMPACT World Championship on February 13th at #NoSurrender!

For those who don’t know, Rich Swann is a former WWE Cruiserweight Champion.

Below is the updated match-card for No Surrender 2021: