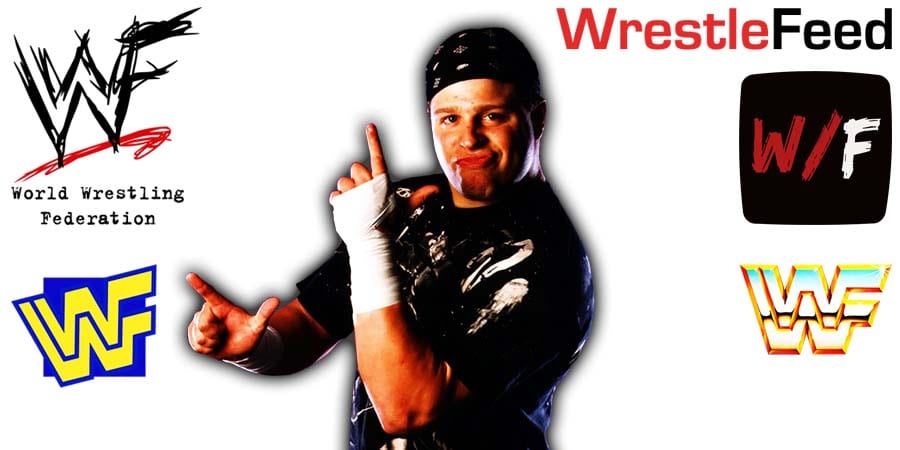 • ECW Veteran Is Stopping All Public Appearances Due To Health Issues

Old School ECW Veteran Mikey Whipwreck is stopping all of his public appearances due to health problems and wants to spend all his time with his family.

“I want everyone to know…I’m not stopping all public appearances after this weekend out of anger or bitterness. I could go in to a long drawn out explanation (some people already know the details) but I’ll ‘try’ to keep it somewhat short. Firstly, I have enjoyed being home with my family everyday. I never thought I’d be the type but I hate leaving them even for an overnight trip. I’ve had enough of my kids crying when I pack a bag.

Now for some of the sh*t reasons (all medical/mental)

3. I have a hard time hearing and it’s embarrassing, even if it shouldn’t be. If I say “what” to my wife one more time she may strangle me.

4. I’m fat. We all know this and it’s embarrassing, even if it shouldn’t be. Yes, I hear the Butterbean comments at conventions. lol.

5. I get confused easily. It’s happened where I’ll eat around for 20-30 minutes in a store with no recollection of what I was doing or where I was.

6. I stumble over my words quite often and get lost about what I was trying to say or what the topic was.

7. I have pretty intense mood swings. I’m able to mostly keep them in check but sometimes it’s a big challenge.

8. I’m beginning to stutter and stammer a lot. It’s embarrassing, even if it shouldn’t be.

9. I have major migraines practically every day for 6-8 hours. Behind my right eye and it’s getting harder and harder to deal with. It’s worn me down over the years and it sucks. Keep in mind I’ve had 14 concussions (that I remember) & they could very well be playing a huge part in all this. Or they may have nothing to do with it. I’m leaning towards yes, but honestly it’s probably a combination of things.

My wife is a saint and I can’t thank her enough for her love and patience in dealing with me. All things considered, I’m blessed beyond words and thankful for her and the kids.

Also Read: “It was a complete accident” – Mikey Whipwreck On How He Selected His Memorable Ring Attire