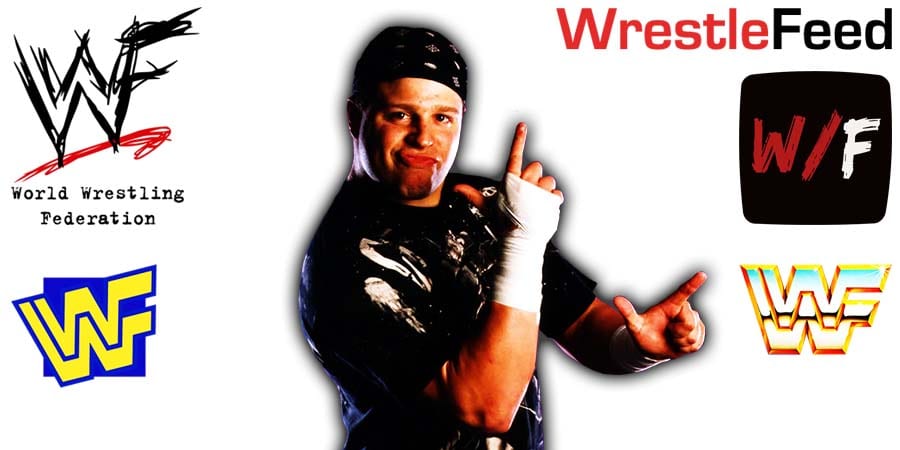 Old School ECW Veteran Mikey Whipwreck was recently interviewed by Wrestlezone, where he talked about his memorable ring attire, including the unique shirts he was wearing back in the day.

Here’s what Whipwreck said on who came up with his ring gear:

“It was a complete accident.

A buddy of mine got that shirt for me for Christmas and I would just wear it around. And when Paul E. asked me if I wanted to wrestle, I had no gear, I had nothing. So, I borrowed shorts from Don E. Allen, wore sneakers in the ring and I pulled that shirt out of my bag and go ‘well, this’ll be alright’.

Didn’t wanna wear another shirt because I was tiny, back then I was tiny, not so much anymore.

But, yeah, it was just one of those things and Paul E. said ‘I like the shirt,’ and I said ‘OK’ and I just kept wearing it.

After a while I got some different ones. I liked their stuff before I was even wrestling I just like their shirts, it’s funny too because back in the day people were making fun of me for liking Dungeons & Dragons, which I don’t, but they thought I did because of the shirt and now people think that it’s cool.

‘Oh, I know that shirt, that’s the Mikey shirt,’ which is cool and there’s a bunch of other ones but the other ones they know are the Overload shirt which is the same one that Brian Pillman would wear and I would always smile when I would think of that because I gave him his first ‘Overload’ shirt, he said that it was the coolest shirt so I gave him one but he put it on, he liked it, he thought it was cool and then I’m assuming he got one because the one I’ve seen in pictures is different but he started wearing it in WWF.

So I posted it and every time I post about them, they get a bump in sales which is cool and it’s like I have a little power somewhere, but he sent me a care package of like seven shirts so now I’m loaded up now with some Liquid Blue shirts again.

I posted about it and it sold out.

They print a bunch of them and I posted a picture of it and mentioned that Liquid Blue was selling it.

People message me and ask me what should they do because Liquid Blue was sold out and I’m like ‘uh, I don’t know, contact Liquid Blue?’.”

Here’s the direct link to the shirt designs if anyone was interested in picking one up. Not only is it awesome because it was worn by a legend (Brian) it’s just badass to wear in everyday life. https://t.co/MHOI0HimuE @liquidbluetees @FlyinBrianJr pic.twitter.com/FLFIviugDY

Also Read: ECW Veteran Passed Away 19 Years Ago At The Age Of 34

He most famous work was for the World Wrestling Federation in 1986 & 1987 and for Ted Turner’s World Championship Wrestling from 1991 till the end of his career in 1996.