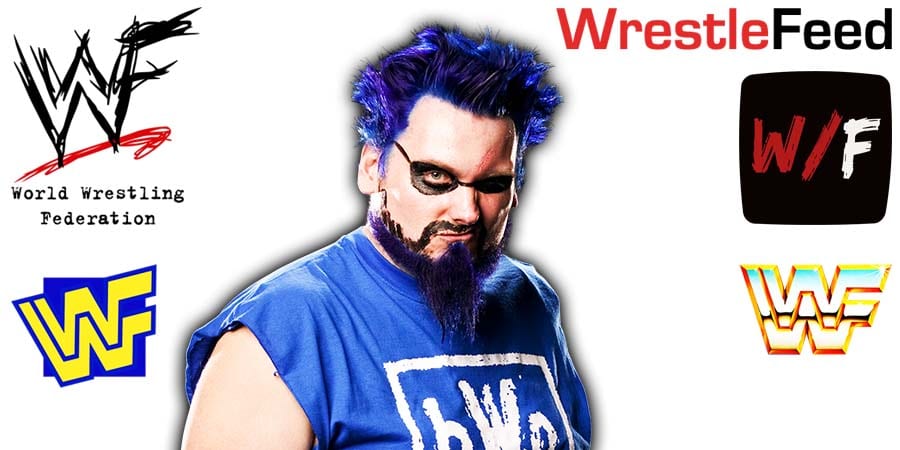 On the newest episode of the ‘Mind of The Meanie’ podcast, Old School ECW/WWF Veteran The Blue Meanie said he believes that WWE will be sold to Amazon, which would obviously be a tremendous addition to the Amazon PRIME streaming service.

Here’s what the former boyfriend of adult film star Jasmine St. Claire had to say:

“My prediction is that the WWE will be sold to Amazon.

Think about it, now do I know this? No, but, dude, they’re dumping a bunch of salary and they signed two, single, two billion dollar deals each for FOX, Peacock.

You dump a salary, you show a higher profit margin so when they go to sell it they’re like, ‘Oh, look at all this money we made’.

Now the reason I say Amazon is you look at all the news and all these people are looking to buy content.

If you’re Amazon and you’re the sole person who can sell WWE t-shirts, mugs and not have to pay a licensing fee to the WWE, you’d be the sole licensee to sell WWE merchandise. Just that would be worth it.

Amazon, they’re the prime target because they own everything from Whole Foods, they’re getting into if you want your medicine.

Let’s not forget the $8.4 billion acquisition of MGM that Amazon just did.

Imagine WWE being sold and they keep Vince on as an employee of sorts, you know? Where he runs the business.

Kinda like I wish when Turner bought WCW, he should have let the Crocketts keep running it the way it was.”

The Blue Meanie wrestled for Paul Heyman’s Extreme Championship Wrestling from 1995 to 1998 and later returned to the promotion in 2000, after working for the World Wrestling Federation from late 1998 till late 1999.

The British Bulldog Comes Out Looking For Winston

The Warlord vs. Jim Duggan

Jake Roberts vs. The Brooklyn Brawler

Power And Glory vs. The Orient Express

The British Bulldog Comes Out To Confront Bobby Heenan

The Barbershop With The Legion Of Doom As Guests

In Studio Guest: Gary Strydom Of The WBF

Footage Of The Berzerker Throwing Jamison Off The Roof

They Show Jamison Getting Pushed Through The Halls On A Stretcher

The Rockers vs. Tom Stone And Tom Bennett

The British Bulldog Comes Out With Winston. He Nets Bobby Heenan And Takes Him Out