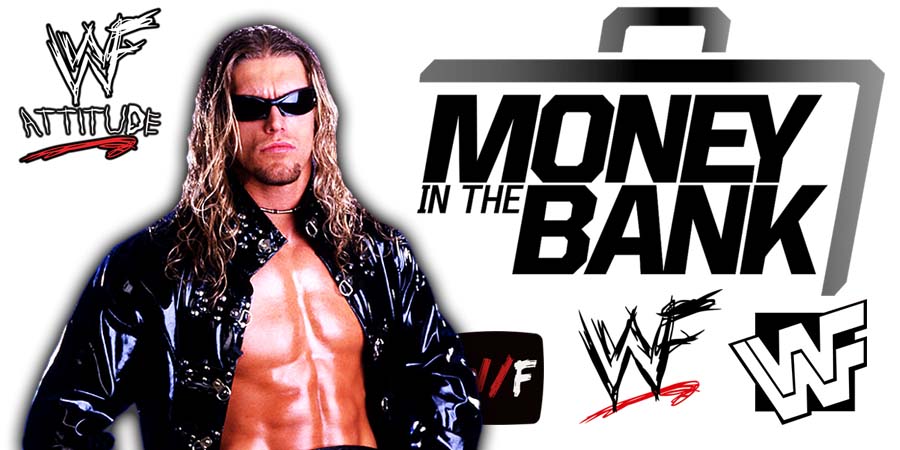 WWE Hall Of Famer Edge is famous for many things, including winning the first ever Money In The Bank ladder match in professional wrestling history at WrestleMania 21 in 2005.

During an interview with WWE’s The Bump, The Rated-R Superstar revealed that he tried to get out of that booking back in 2005, by actually asking the higher-ups in WWE not to put him in that match.

“I wish I could say I had this vision of how it would become its own pay-per-view and, no, not at all. As a matter of fact, when they first told me that I’d be in this thing called the Money In The Bank match, I said, ‘Another ladder match?’ Like I don’t want to be the ‘ladder match guy,’ I want to do more than that, I want a straight wrestling match where I can just get in there and go.

And I actually said, ‘Don’t put me in it. I’ll find my way on WrestleMania another way. And if I’m not on this year, I’ll make sure I’m on next year, but I’m tired of ladder matches. I don’t want to get pigeonholed for that.’ That was not very bright thinking for that.

So finally, and this sounds so stupid, but I had to be talked into participating into the match. It wasn’t until about 8 months in, holding this briefcase and carrying it with me, every plane, I had to take that thing everywhere, that’s when I started to realize it. And when I came out at New Year’s Revolution and I heard the crowd, that’s when I went, ‘Ohhh, this is something. This is something very cool’.

That’s the kind of thing, when you first get into this and when you’re thinking of getting out of it, you go, ‘OK, hopefully I gave back to this industry and I made it better while I was here.’ Hopefully, that should be the goal. Helping talents along the way, push people, whatever it is, I think even if those are the only two things that I am part of leaving behind, because there was plenty of talent involved in it, then it’s mission accomplished.”

Also Read: Edge Did Not Enjoy His On-Screen Love Affair With Lita And The Matt Hardy Rivalry

Pretty much everyone considers him to be the very best to ever play the role of Doink by far.