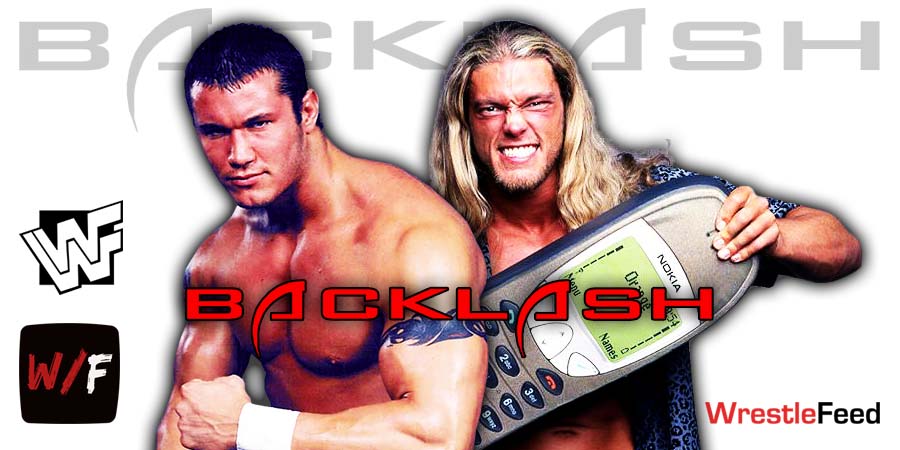 4. David vs. Goliath Match: The Big Show vs. X-Pac

Edge faced off against Randy Orton in ‘The Greatest Wrestling Match Ever’ at Backlash tapings last Sunday. The match will air tonight.

Fightful is reporting that The Rated-R Superstar suffered a triceps injury during his match with Orton:

“After murmurs of an injury made its way through wrestling media on Sunday, Fightful was able to confirm with several in the company that Edge had sustained a triceps injury.

The word emerging from backstage was that Edge may have suffered a torn triceps during his match against Randy Orton.”