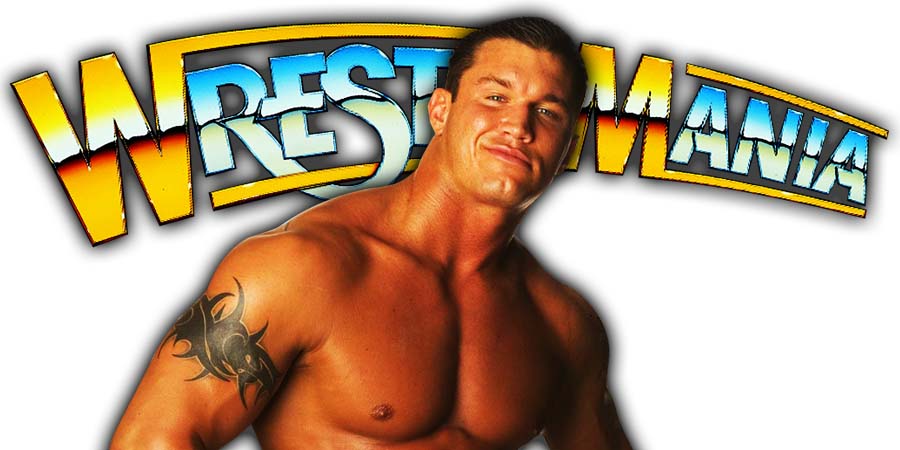 Before colliding with Edge in the ‘Greatest Wrestling Match Ever’, Randy Orton was interviewed by CBS, where he talked about his Last Man Standing match with Edge at WrestleMania 36 this year (which was the second longest match in WrestleMania history at 36 minutes).

“I think if you take the Boneyard Match out of it and you take what Bray [Wyatt] and John Cena did — both of those were fantastic — but if you don’t compare us with that, I think we stole the show.

I did hear some b*tching and moaning from the media and the fans about how long this match was. I just laugh, because I saw a couple matches, I think even the World Title match, if you include entrances and the post-match celebration, they might have gone 4 minutes.

If you want a 4-minute match where you see five different finishers back-to-back-to-back-to-back-to-back with zero facial expressions? If that’s the kind of fan you are, then I don’t want you to be a fan of mine because you don’t appreciate what we are trying to do in telling a story.

Now, at Backlash, are we doing to have ‘the greatest wrestling match ever?’ Eh. That’s subjective. I kind of painted myself into a corner and the pressure is definitely on, but if anybody is capable of it, it’s myself and Edge.”