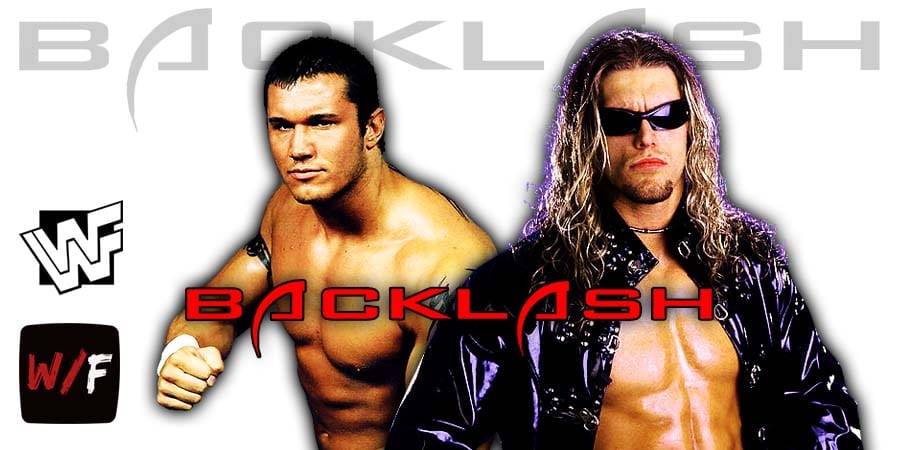 Old School WWF Referee Mike Chioda recently appeared on the ‘2 Man Power Trip of Wrestling’ podcast, where he revealed that both Edge and Randy Orton tried to bring him back for their Backlash 2020 match, which was dubbed ‘The Greatest Wrestling Match Ever’.

Chioda was released by the WWE in April 2020 along with plenty of other employees (wrestlers & staff).

Below are the highlights from his podcast appearance:

On Edge & Orton trying to bring him back:

“They did call me for a match, a month or two later after they released me, for Edge and Randy Orton.

But I was on my way to Texas so there was no way I could make it. They thought I was still in Tampa.

They wanted me to be the referee of that match. Yeah, I didn’t get it either.

The company’s releasing me but the boys still want me to referee their matches, which is awesome, don’t get me wrong, but I thought I might be able to go out strong and retire soon.”

On going to All Elite Wrestling:

“They got in touch with me and I appreciated that so hopefully it’s a part-time or full-time gig coming up.

A lot of young talent coming through and they have a lot of old school guys down there like Arn Anderson, I know they picked up Sting, and a lot of guys like Tully Blanchard, Dean Malenko, the young talents can learn a lot from those agents and managers.”

Also Read: The Undertaker Comments On Edge vs. Randy Orton At Backlash, Reveals What He Texted Edge After The Match

After Fuji’s active in-ring career came to an end around 1985, he became a successful manager, managing famous Superstars like Don Muraco, Yokozuna, Demolition, The Powers of Pain, The Berzerker, The Orient Express, Killer Khan and Crush.