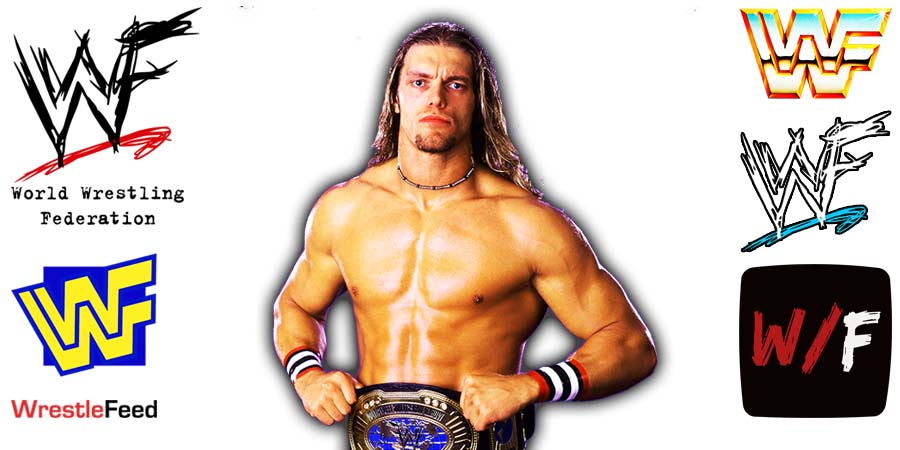 WWE Hall Of Famer Edge was a guest on a recent episode of ‘The Kurt Angle Show’, where he talked about his current run with the company while already being 47 years old.

Here’s what The Rated-R Superstar said:

“I do appreciate the different set of circumstances that talent have to try to get themselves over in nowadays because I think it’s more difficult. I really, really do and having come back now and seeing it first hand, I’m like wow, this is harder to try and present your story and present your character because the format has changed due to necessity.

When I say more difficult, I mean for people coming into the industry now or coming into the company now. I have a body of work, so I don’t have to go through those same challenges because they’ve seen it, they know it and I can already come in and I’m already established.

I’m talking if I were starting out now, oh man, and it was difficult when I started out back then too. I feel for a lot of young folks and I really do say just pick my brain because I can’t fully grasp what you’re having to encounter because I’m not at that stage in my career at the same time but I can at least give you some guidelines and some tent-poles to help you feel like you’re not drowning.”

Edge is scheduled to wrestle Seth Rollins at this year’s annual SummerSlam pay-per-view.

Also Read: Edge Explains Why He Did Not Want To Be In The 1st Ever Money In The Bank Ladder Match

On this day in Pro Wrestling history on July 27, 2003, WWE presented Vengeance 2003 PPV from the Pepsi Center in Denver, Colorado.