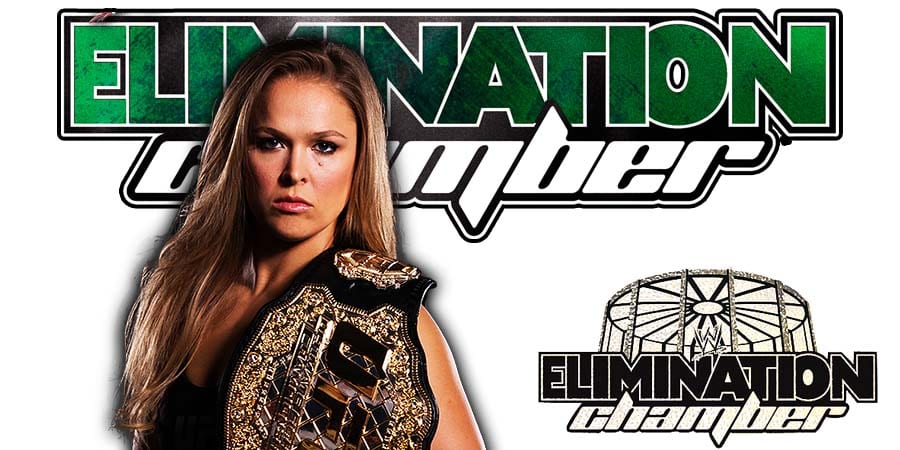 This is part 4 of our Elimination Chamber 2019 Live Coverage (part 3 is here).

Up next is the RAW Women’s Championship match. Charlotte Flair comes out and cuts a promo on how she wants to see who she will main event WrestleMania 35 against.

Rousey makes quick work of Ruby and makes her tap out to the Armbar to retain her Title.

Charlotte enters the ring after the match and has a staredown with Rousey. Becky Lynch comes out on crutches through the crowd.

Becky enters the ring and fans chant “She’s the best”. Becky throws her crutch at Charlotte and attacks her with the other crutch.

Rousey picks up a crutch and is looking to hit Charlotte with it, but Becky hits Ronda with the crutch from behind!

Becky is absolutely destroying both Ronda & Charlotte! Ronda is busted open and securities escorts Becky out of the arena.