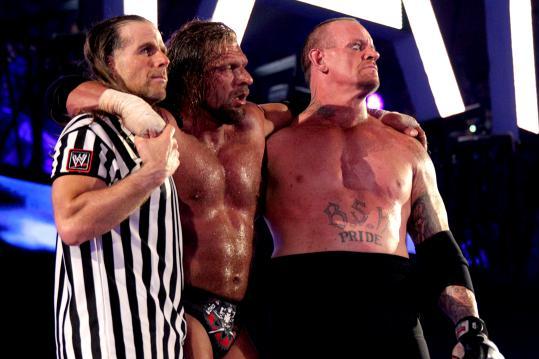 The Undertaker, Triple H & Shawn Michaels at WrestleMania 28 – End of an Era

It was truly the end of an era!