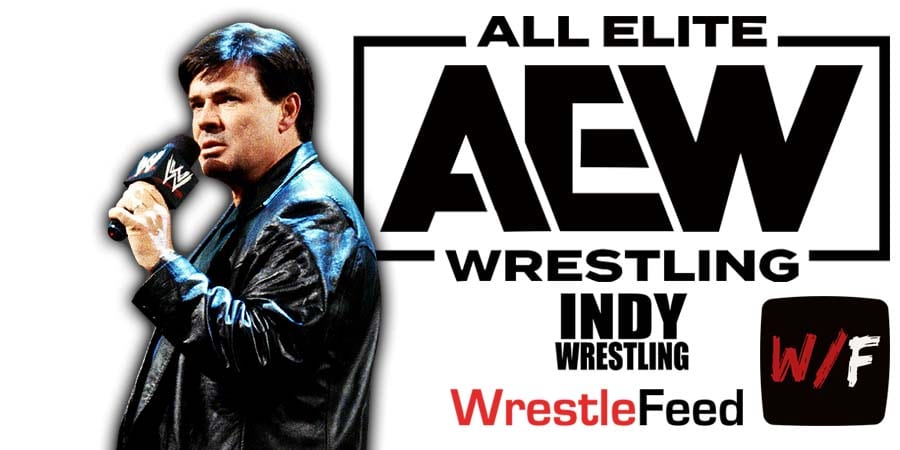 During an episode of Strictly Business, former WCW President Eric Bischoff was asked if AEW is a successful company in terms of profit.

“No way of knowing. And again, I hear so much, I read so much from dirt sheet writers and people. There’s no way of knowing, and here’s why I say that: you can’t just look at the average million viewers that AEW does give or take.

They’re steady, holding a course at about a million viewers a week, that’s pretty cool and usually ends up in the top five on Wednesdays. Yay team, hey, we are doing great on Wednesday night prime time on cable television, but what does it really mean in terms of dollars? That depends on who’s advertising on the show.

Are those premium dollars? Are those high CPM (cost per thousand viewers) from advertisers that are looking specifically at the demographic and the social-economic demographic of the people that are watching that show?

Right now, if I’m Tony, I’m taking some comfort in knowing that they’re cutting costs, they want to save money, and historically, Discovery and Zaslav have focused on non-scripted programming.

That’s good news, but going back to AEW as well as WWE because the same is true for both companies. Their value is directly related to the revenue they’re generating. We don’t know how much money AEW is generating. That’s a secret. We don’t know, nobody reports on it, nobody speculates on it.

My guess is the cost of producing that show when they’re having to travel and doing it LIVE, I would be shocked if they were able to produce that show for less than $450,000 an episode.

So it’s hard to say whether AEW is profitable or not. I don’t know, in terms of how does TBS look at Dynamite? That all depends on how well they’re doing with their advertising.

It’s the ad dollars that AEW is generating that is going to become one of, not the determining factor. Nobody that’s watching that show, that’s writing about it, talking about it, has any f**king clue what those numbers are. Therein lies one of the key factors in what happens to AEW.”

– Johnny B. Badd vs. Brian Harkrider