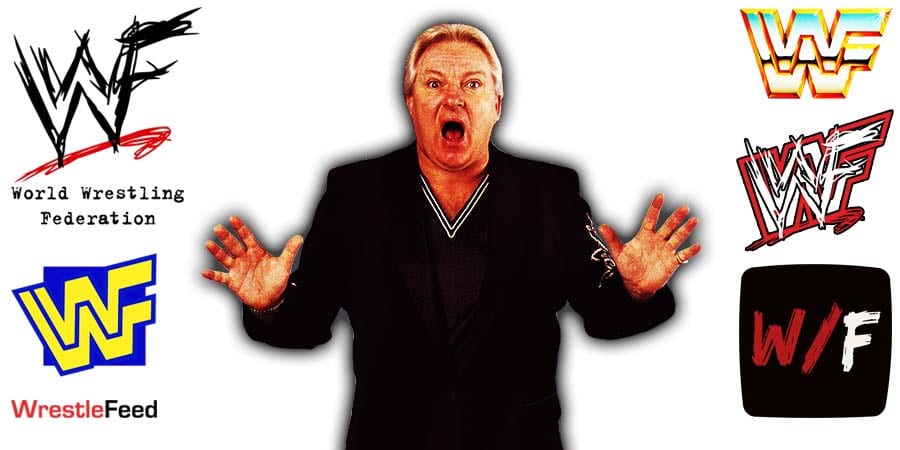 On a recent episode of of his weekly podcast ’83 Weeks’ with Conrad Thompson, Old School WCW Legend Eric Bischoff described an incident from the January 23, 1996 WCW Clash of the Champions XXXII TV special, in which Four Horsemen member Brian Pillman grabbed announcer Bobby “The Brain” Heenan (who was very cautious of getting physical because of his neck issues).

The former WCW President had the following to say about that scene:

“Have you ever heard me talk about how some things are just too well-produced in WWE? It’s so flawless and seamless and perfect that it doesn’t feel live.

If it doesn’t feel real, it doesn’t feel live. It feels like it’s in post-production for three weeks and they’ve polished every aspect of that live show. Good for them. That’s amazing. However, it makes the show feel less real.

I’ve often said, one of the beautiful things about live television, one of the advantages you have, is that feeling anything can happen at any given moment, this situation with Heenan is another example of, this was a bad situation, so I don’t want to sound like I’m encouraging this type of thing. I wouldn’t encourage it.

I’m just pointing out this is what happens when live TV isn’t perfect.

This is what happens when Brian Pillman, in this case, went into business for himself and decided in the heat of the moment, in the passion of the moment, that he was going to go after Bobby, probably not even remembering or possibly realizing that Bobby had neck issues. They were severe.

They occurred in a match that took place in Japan a long time before this, but they were still severe issues that Bobby was very fearful of. He didn’t want to be paralyzed.

Either because Brian didn’t remember it or didn’t know it, Brian would have never gotten physical-physical with Bobby without having a conversation with him first, but going out and grabbing his jacket and maybe pulling him in to protect him from Eddie or whatever he was going to do, that’s something most announcers would be very comfortable doing if they didn’t have a broken fricking neck. That’s what happened.

Bobby really reacted. It was an honest reaction, ‘What the f**k are you doing?’ I heard that.

I actually had to go back and listen to it a second time to make sure I wasn’t hearing wrong. He said what the f**k are you doing on live television. We probably had a five-second delay or a seven-second delay, so we might have been able to cover that. But watching it back, you clearly heard it.

And as you pointed out, Bobby, his anger, his fear more than anything, really showed. The camera was on him, they did what they should have done. They’re capturing it as it’s happening, and Bobby came back.

But if you watch Bobby throughout the rest of the night, every time somebody got near the announce table, there was one point where I think Giant had Hogan outside the ring, they were outside next to the announce table, and Bobby, as he saw them coming in his direction, on goes the jacket and he goes around.

As soon as they left the announce table arena, Bobby came back and sat down again.

So, it clearly had a big effect on Bobby but it’s live TV and it’s unfortunate and it’s real fear on Bobby’s part because it’s a real injury, but it also made for really good television.”

Also Read: Arn Anderson Reacts To Being Ignored By WWE In A Poll

This episode was pre-taped at the Memorial Auditorium in Spartanburg, South Carolina and included matches, interviews & storyline segments featuring the 1984 NWA Wrestling Superstars.