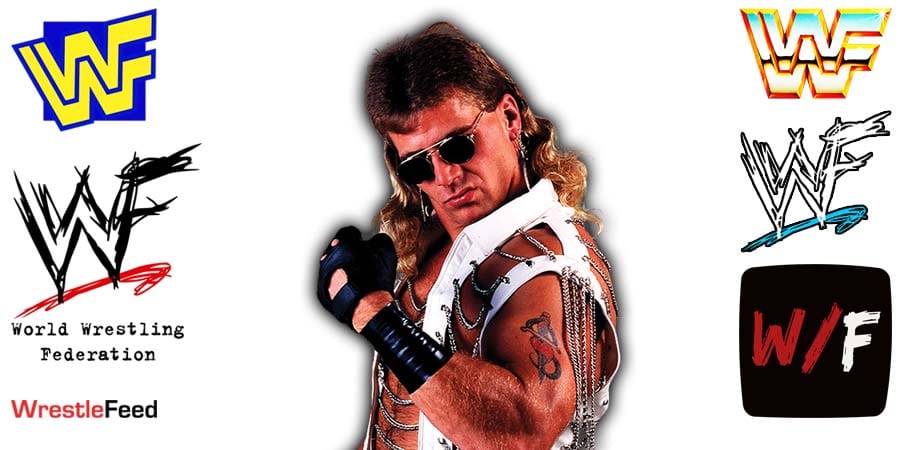 On an episode of his weekly ’83 Weeks’ podcast, former WCW President Eric Bischoff talked about WWF Superstars that he did not try to sign to a World Championship Wrestling contract, including ‘The King of Harts’ Owen Hart, Yokozuna and ‘The Heartbreak Kid’ Shawn Michaels.

On potentially signing Owen Hart to a WCW contract:

“Not on Owen Hart. Primarily because he wasn’t available. He hadn’t reached out to us, he was under contract, especially at this point we weren’t very anxious to get ourselves in any kind of tortious interference situation with regard to approaching WWF contracted talent. Not out of any lack of desire to have someone of Owen’s caliber on our roster, but it just wasn’t possible therefore there was no consideration for it or reason to talk about it.”

On potentially signing Yokozuna to a WCW contract:

“With Yoko, I’m sure there were at some level conversations about hey, what if? I wonder if this is possible, I think he might be interested. There were those conversations I’m sure, I would not have been a part of them. I don’t remember anybody in a serious way coming to me and saying ‘Hey, we have an opportunity to get this guy, if we can, would you be interested?’ That level of conversation never occurred but I’m sure that there was some dialogue in WCW offices about at least inquiring about the opportunity.”

On potentially signing Shawn Michaels to a WCW contract:

“He was a basket case, nobody in their right mind would want to bring that, especially to WCW. I have all the respect in the world for Shawn Michaels today, but I wouldn’t want him anywhere near me or my roster back at this point. He had issues man, he’s talked about them, he’s written books about it, he’s very transparent about it.

Yeah, he was great but especially because we brought Scott Hall and Kevin Nash in. I was even more convinced that I didn’t want Shawn anywhere near WCW once Scott and Kevin came in. I mean it was hard enough as it was, could you imagine bringing in Shawn Michaels before he cleared himself up and got his head straight and he found god, found his religion and really cleaned his act up. But prior to that point? Nah, I don’t care how good he was.

It would not have occurred to me because Shawn had never been in WCW. The idea wouldn’t have come together in my own mind initially, before I even talked to Scott or Kevin seriously when I knew I was going to be having conversations with Scott or Kevin, that was the premise, that was the idea, that was the catalyst that became nWo for me. I don’t think the idea would have popped into my head if it was Shawn.

The Killer Bees vs. Hog Calhoun & Cash Johnson (from 6/3)