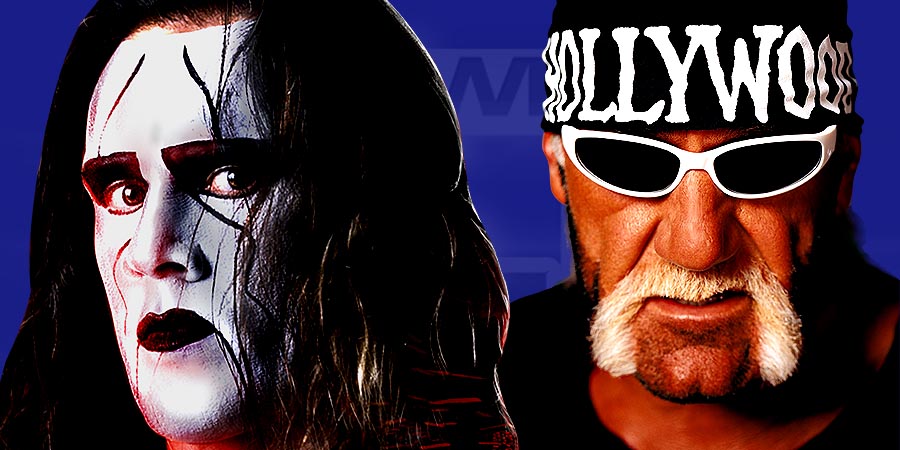 During a recent appearance on Ric Flair’s podcast, Eric Bischoff revealed why the finish for Sting vs. Hollywood Hogan match at WCW Starrcade 1997 was changed. Eric Bischoff noted that changing the finish to the match was his call, and not Hogan’s. Below is what he said: “What had happened over the course of a year is he hadn’t been working out. He wasn’t engaged. He’d show up, he’d do his thing, he would do it very well, it was great, he’d get on a plane the next morning, he’d disappear, and we wouldn’t see him for a week. But at the end of our first meeting talking about where things were going, when it was over, Hulk and I both looked at each other and go, ‘man, we can’t go there. He didn’t get ready for this.’ It didn’t feel to us that this was a priority.” The original plan was for Sting to beat Hollywood Hogan clean, but Bischoff reveals that he changed the finish, not Hogan:
“Hulk Hogan takes the heat for this, ‘you changed the finish – you didn’t want to do it’, B.S. That was my call. Right or wrong, it was my call.”