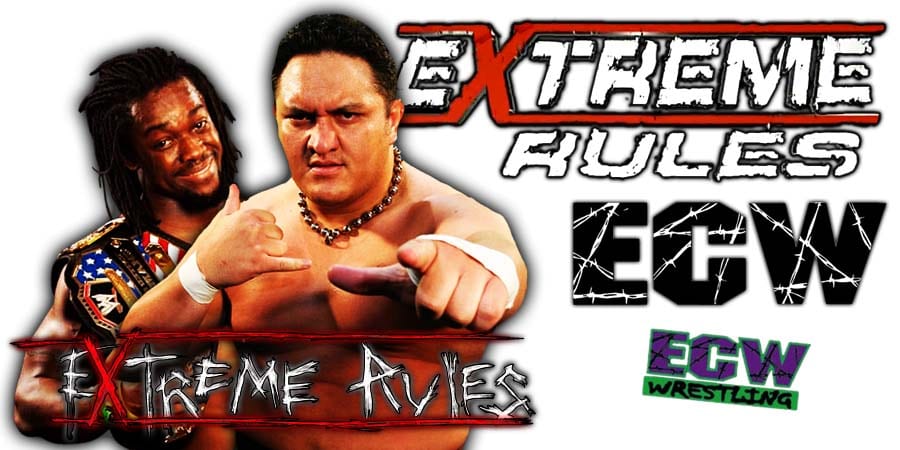 Up next is Kevin Owens vs. Dolph Ziggler. Owens defeats Ziggler in a matter of seconds after hitting a Stunner!

Owens took the mic and ripped Shane McMahon once again. You can watch Owens’ promo below:

Up next is the WWE Championship match. Samoa Joe makes his way out first, followed by WWE Champion Kofi Kingston.

Joe hurts Kofi’s fingers by placing them in between the steel ring steps and then kicking on it (because Kofi showed him the middle finger on SmackDown).

Kofi tried to show Joe the finger once again, but Joe starts beating him up.

Kofi hits Joe with the SOS and goes for the cover, but Joe kicks out.

Kofi goes for the Trouble In Paradise, but Joe locks in the Coquina Clutch. Kofi manages to get out of it though.

Kofi hits the Trouble In Paradise on Joe and gets the win! 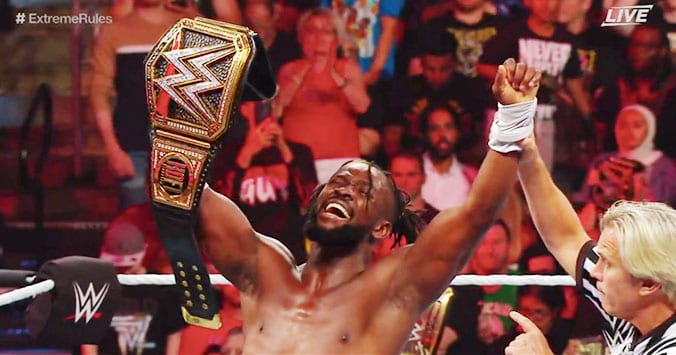 Part 6 of our Extreme Rules 2019 live coverage is HERE.