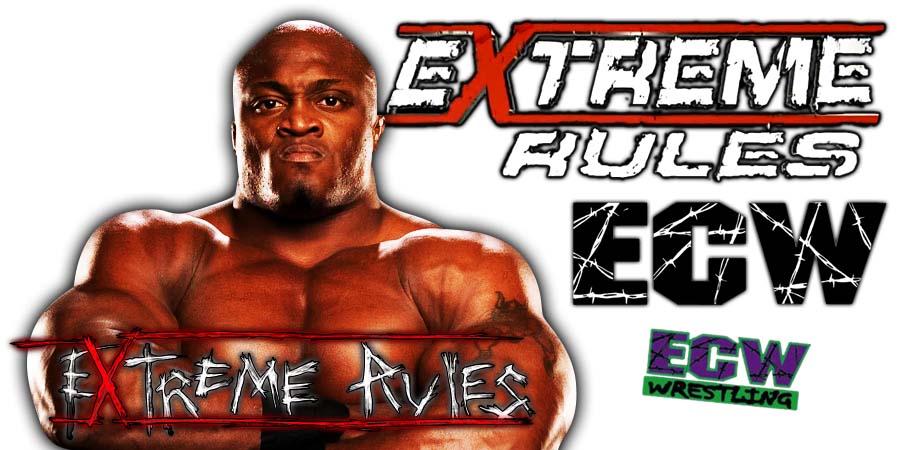 This is the 13th PPV under the “Extreme Rules” banner.

On the kickoff show, Bobby Lashley, AJ Styles & Omos attacked The New Day. This led to a 6-man tag team match between these men being announced for tonight’s show.

Only one match took place on the Kickoff Show and Liv picked up the win over the self-proclaimed “Most Beautiful Woman In All Of WWE”.

The main show kicked off the 6-man tag team match. After back & forth action, there was a communication issue between Bobby Lashley & AJ Styles and Lashley accidentally speared Styles, which resulted in Big E taking advantage and hitting the Big Ending to pick up the win!