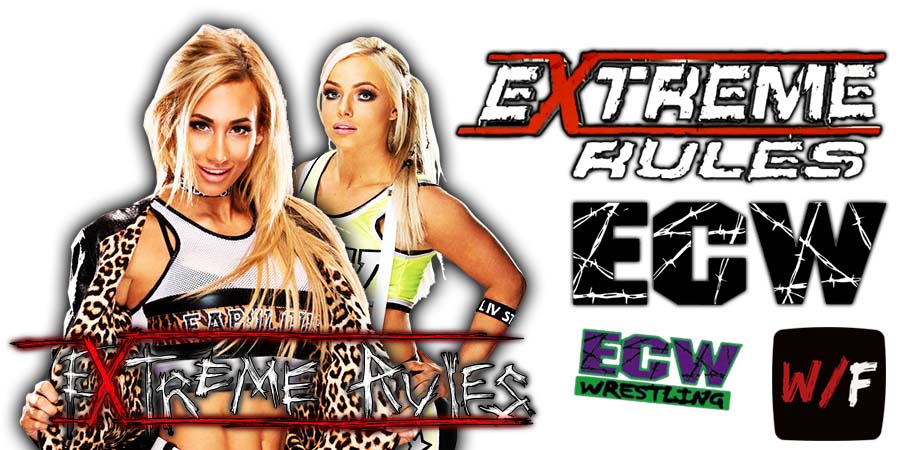 • A Major Issue Occurred During The Extreme Rules 2021 Kickoff Show

Only one match took place during tonight’s Extreme Rules 2021 Kickoff Show (pre-show) and it was Liv Morgan taking on Carmella.

Liv went on to defeat Carmella and pick up a pay-per-view win.

However, there was a major issue during the Kickoff Show. Along with the usual English commentary, the Spanish commentary was being played at the same time, thus causing big confusion.

Many fans faced this issue. Hopefully WWE will prevent this from happening during the main PPV show.

This episode was pre-taped in Amherst, Massachusetts and featured matches, interviews & storyline segments on the road to the ‘WCW Halloween Havoc 1998’ PPV.