Former WWE Champion Brock Lesnar is one of the top merch sellers in WWE, but something strange has happened to his page on WWEShop.com. The same is the case for WWE EuroShop.

The Beast Incarnate’s page doesn’t appear on both websites anymore. He had 11 items on both the stores, but none of them appear when a person tries to click their links.

Below is a screenshot of what shows up when you try to open the Brock Lesnar section on the website: 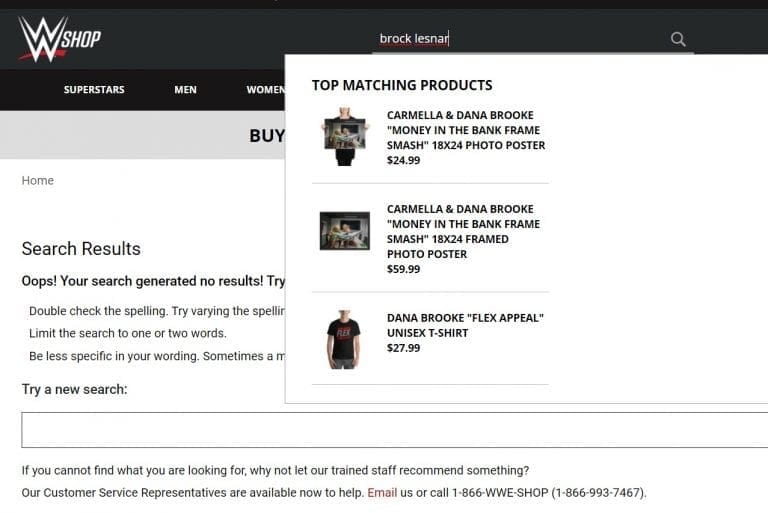 Even if WWE runs out of stock for a specific item, it still appears on the website. However, this is a completely different situation.

This most probably looks like an error, but there are other possibilities too and fans have already begun speculating on Brock’s WWE status. Brock was last seen on WWE programming on Night 2 of WrestleMania 36.