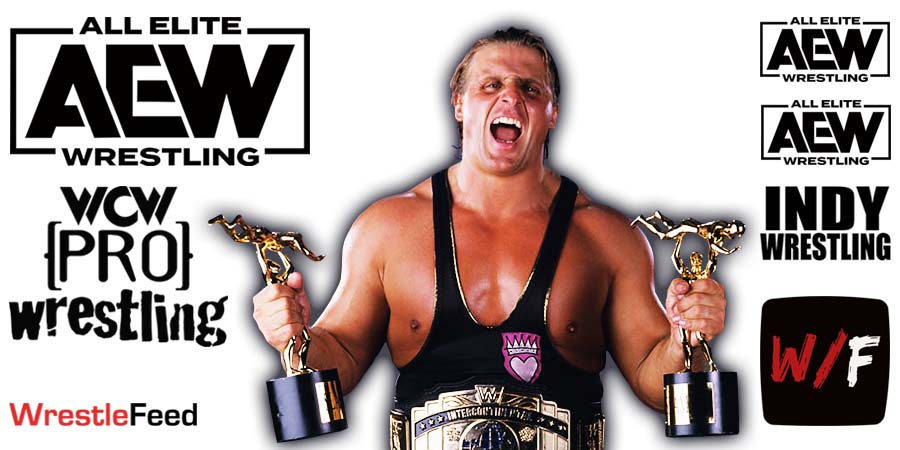 As we all know by now, AEW has partnered up with Martha Hart to honor Owen Hart’s legacy.

All Elite Wrestling is currently doing the Owen Hart Foundation Men’s & Women’s Tournaments, with finals taking place at the Double Or Nothing PPV later this month.

In the main event of this week’s Dynamite, Jeff Hardy faced Darby Allin in an Owen Hart tournament match.

While all the other tournament matches so far were normal matches, Hardy vs. Allin was an Anything Goes Match.

Darby took a major bump in this match, where he set up a Ladder in the ring and hit a Swanton Bomb from the top of it to the outside, on to Jeff and a bunch of steel chairs.

Some fans are calling out AEW for this ‘insensitive spot’, as they think this was similar to Owen Hart’s fall that resulted in his death.