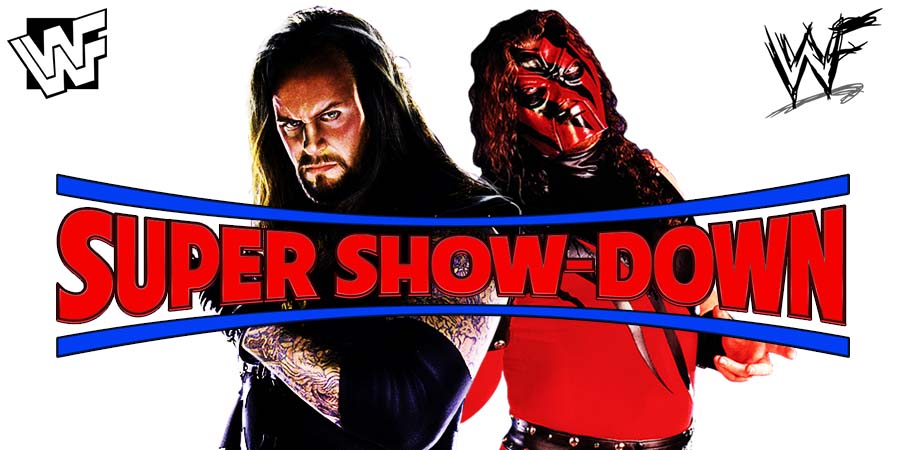 Today would have been the 83rd birthday of Old School WWWF/WWF Legend “The Living Legend” Bruno Sammartino.

During his 2 reigns as WWWF World Heavyweight Champion, Bruno held the belt for 11 years combined, a record that still stands and will never be duplicated.

Triple H defeated The Undertaker in the main event of WWE Super Show-Down after multiple interferences by WWE Hall of Famer Shawn Michaels. This was made possible because the match was turned into a No DQ match.

After the match, all four men (Taker, HHH, Kane, HBK) showed respect to each other and we got a moment that we’ll never forget. However, immediately after that moment was over, The Undertaker laid out both Triple H & Shawn Michaels.

The Deadman clearly didn’t forget what HHH & HBK pulled during the match and made them pay for it.

While the fans were happy with the ending of the show, some fans weren’t happy about the fact that The Undertaker got fire pyro during his entrance, but Kane (whose gimmick is based on fire) didn’t.

Below are some tweets from the fans:

Why does Taker get fire but not Kane, the man whose entire gimmick is Fire Man? #WWESSD

Why couldn't Kane use some of that fire for his entrance ?

Man, I hope the fact that Undertaker got fire and Kane didn’t doesn’t give him a complex… #WWESSD

Where was the fire pyro for Kane’s entrance ? #WWESSD