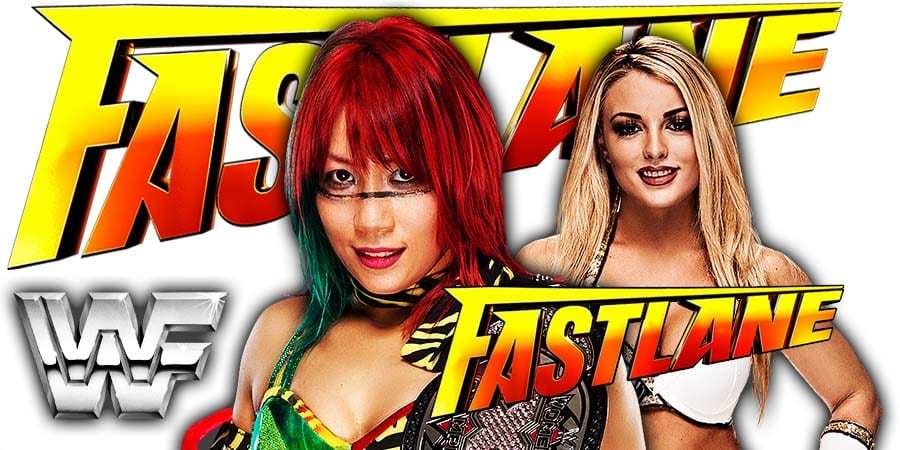 The match begins and Asuka is giving Mandy a hard time with submission holds. Sonya is already causing distractions in this match.

Corey Graves on commentary says WrestleMania can be changed to “WrestleMandy” if Mandy wins the Title tonight.

Sonya is searching for something under the ring while the action is going on.

Mandy goes for her finisher, but Asuka escapes and hits a knee to the face. Sonya takes out a Kendo Stick from under the ring, but the plan backfires as Mandy still loses after eating a kick to the head.

Sonya is trying to apologize after the match, but Mandy isn’t ready to accept it.

After Shane & Miz, it looks like this is another team that’s going to break up.

After this, we head to a backstage segment where Mr. McMahon adds Kofi Kingston to the WWE Championship match to make it a Triple Threat match and it’s next!

With @WWEBigE & @XavierWoodsPhD BARRED from ringside, @TrueKofi is on his way to the ring RIGHT NOW for the now TRIPLE THREAT #WWEChampionship Match!!! #WWEFastlane pic.twitter.com/K5AODvAmrl

Kofi Kingston comes out for the match and the crowd is cheering him big up. However, an announcement is made that the WWE Championship match will take place later tonight and right now we’re getting a Handicap match.

The Bar beat up Kofi badly during this match. Big E & Xavier Woods came out to help Kofi, but they got beaten down by Rusev & Shinsuke Nakamura.

The Bar then hit their double team move on Kofi to pick up the win.

The Bar (Sheamus & Cesaro) def. Kofi Kingston in a 2 on 1 Handicap Match