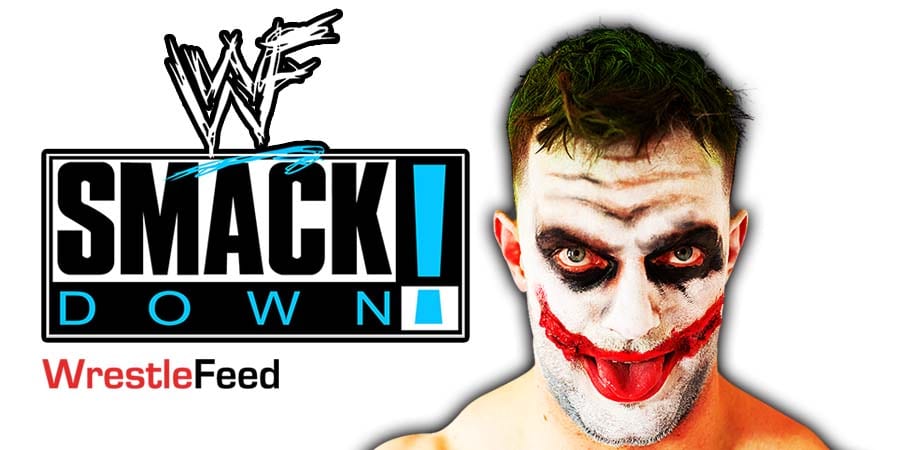 • Finn Balor Explains Why He’s Back On SmackDown

On this week’s episode of SmackDown, former Universal Champion Finn Balor made his return to the WWE main roster after his second run in NXT.

Balor laid out Sami Zayn on his first night back on the blue brand.

Balor appeared on Talking Smack and explained why he’s back on SmackDown. Here’s what he said:

“It’s good to be back. It’s SmackDown, the fans are back, and Finn is back. That was a hell of a pop. The energy is still running through my body. But yeah, glad to be back.

When asked if he’d like to send a message to the fans, here’s what he said:

“Obviously I’m eternally grateful for the fan support throughout the pandemic. But my message? Buckle your seatbelts, we’re going for a ride.”

It was broadcasted from the Broome County Arena in Binghamton, New York and featured pre-taped matches, promos & storyline segments on the road to the ‘WWF SummerSlam 1988’ PPV.

– The Junkyard Dog vs. Dusty Wolfe