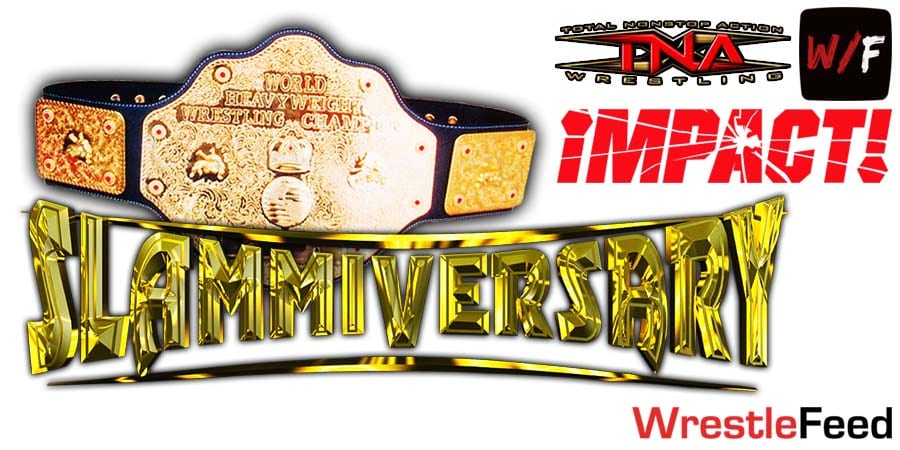 • What Happened With Jay White After Impact Wrestling Slammiversary Went Off The Air?

After the match, NJPW star Jay White showed up (while carrying the NEVER Openweight Championship) and got in the ring.

New Impact World Tag Team Champion The Good Brothers threw up the Too Sweet sign. Before White could respond to that gesture, the PPV ended.

Fans who were in attendance for the show noted that FinJuice (David Finlay and Juice Robinson) ran out after the PPV went off the air and attacked White.

White then laid out Juice after hitting his finisher.

– The Headshrinkers vs. Well Dunn