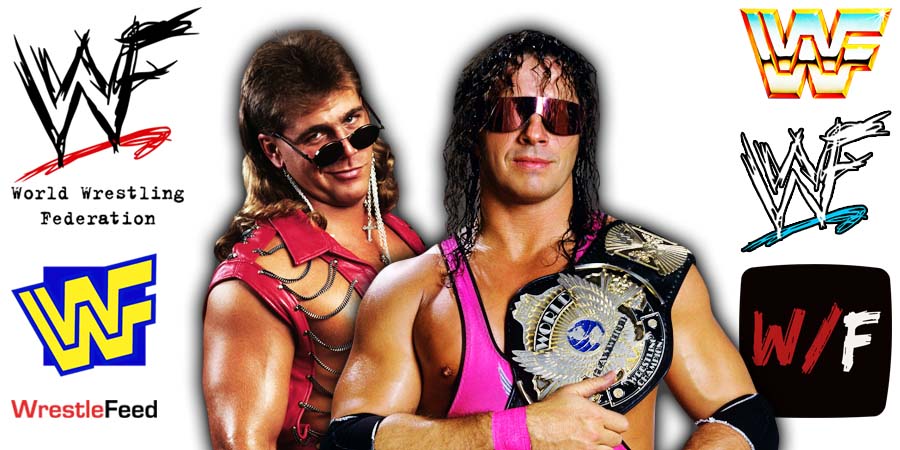 During an interview on Talk Is Jericho, Jake “The Snake” Roberts talked about being a part of the WWF Creative Team during the mid-90s, where he witnessed the backstage heat between Shawn Michaels & Bret Hart.

Jake revealed that he advised Vince McMahon to fire both HBK & Bret. Below is what he said:

“I used to have to sit when we were writing television when Shawn and Bret were throwing their pissy fights against each other.

We would be trying to write television, and Vince would get on the phone for three hours with those two cats. Trying to get them to wrestle each other.

I said, ‘Vince, what are you doing? Fire the motherf**kers, man, tell them to hit the f**king road.”

When [Vince McMahon] brought me back in ‘96, he told me, ‘Jake, look around and see where you think the problem is.’

I said, ‘It’s real simple, man, the inmates are running the asylum, The Kliq.’ The Kliq nearly killed the business.

Everybody says how great they were, well let me tell you something, they drove it to the ground, whatever.”

Also Read: Longtime WWE Talent Had To Change His Name Because Of Shawn Michaels

Today would have been the 72nd birthday of National Wrestling Alliance Veteran Don Kernodle.

However, not many fans remember that he also had a brief stint with the World Wrestling Federation in 1982 & 1983, before returning to Jim Crockett Promotions.