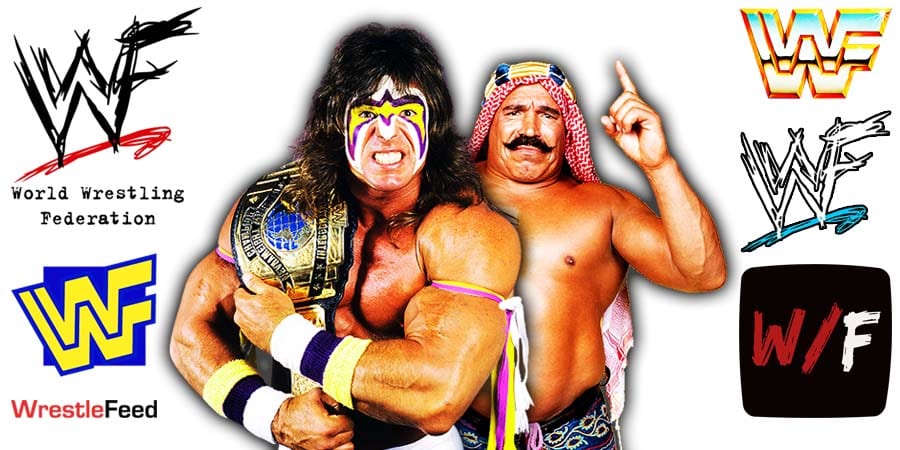 During an old RF Video shoot interview that was filmed in 2008 or 2009, called ‘Bell to Bell Volume 2 – Up In Smoke’, Agent Eric Simms, Old School WWF Legend The Iron Sheik and WWF Veteran J.C. Ice (aka Jamie Dundee) discussed controversial topics, while drinking alcohol and smoking.

During this infamous shoot interview, the topic of The Ultimate Warrior came up and Sheiky Baby did not react in a very positive way, to say the least.

Here’s what the former WWF World Heavyweight Champion had to say about Warrior:

“Ultimate Warrior during his prime time in Georgia, he can’t do the Iron Sheik Club and I beat him in the Mr. USA in Atlanta, Georgia.

Ultimate Warrior, you’re not one (worthy of) of my little finger, you used to sell yourself to somebody f**k your a$$ for the money.

You’re not the Iron Sheik class …

Ultimate Warrior, I wanna let you know, if it wasn’t for wrestling and Kennedy (Vince) McMahon, still you was a wh*re in the street, you sell yourself to somebody f**k your a$$, make you humble and you make money.

You don’t even belong to the professional wrestling, I’m embarrassed to that piece of garbage to come sit next to me to tell himself that he’s a wrestler.

– Men on a Mission vs. Russ Greenberg & Tim McNeany