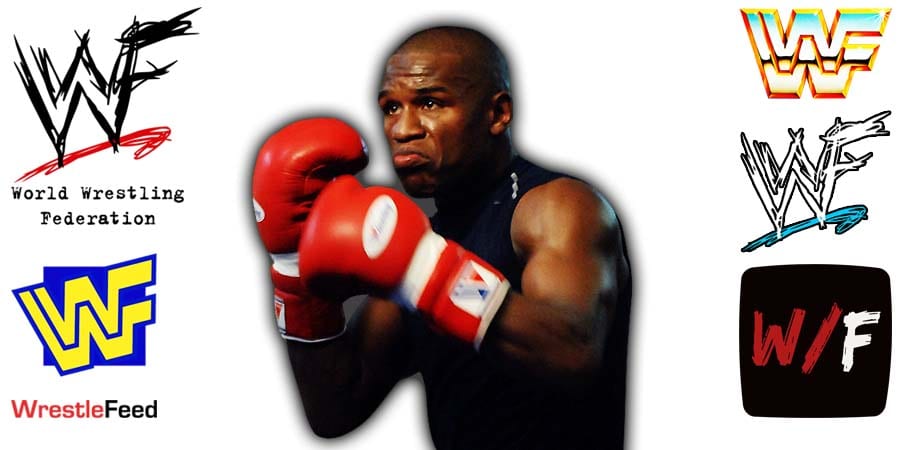 There will be a 34.5 pound weight difference between the two men tonight, as Mayweather is heading into this fight at 155 lbs, while Logan is 189.5 lbs.

The PPV costs $50 and according to the Wrestling Observer, the pre-order PPV buy numbers are horrible so far.

“Yeah, the advanced pay-per-view numbers are horrible. I think that come this week we’re going to have some people really lying, you know, who knows?

Maybe 1 million people are going to buy the pay-per-view in the afternoon at the last minute. It’s always possible.”

Floyd Mayweather actually defeated The Big Show at WrestleMania 24 in a No Disqualification match.

On the other hand, Logan Paul got hit with a Stunner by Kevin Owens at WrestleMania 37 two months ago.

Also Read: “I actually got f***ed up. It’s real” – Logan Paul On Getting Physical At WrestleMania 37

– Doink The Clown vs. Louis Armstrong