This episode was broadcasted from the Carolina Center in Columbia, South Carolina and featured matches, interviews & storyline segments on the road to the ‘WWE Unforgiven 2003’ PPV.

This week’s RAW Underground turned out to be pretty interesting, with some good fights taking place there. It also saw the debut of former Universal Champion Braun Strowman.

One interesting thing to note is that former AEW wrestler “Pineapple Pete” Suge D was present on RAW Underground in the crowd.

You can view the photo where he is standing beside Shane McMahon below. 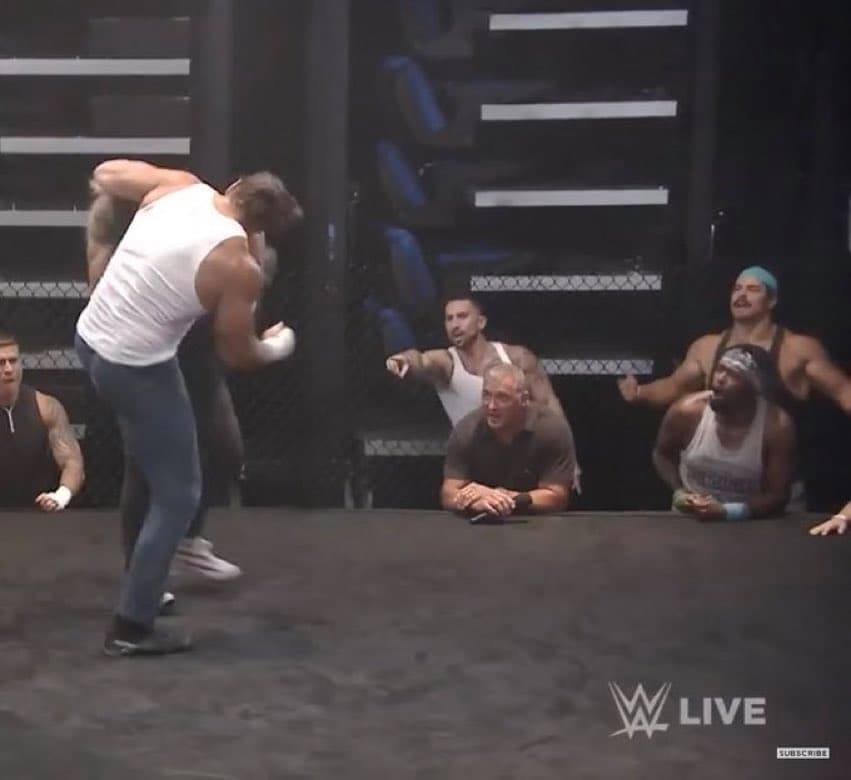 Although Suge D was never under contract with AEW, he did make some appearances for the company and competed on AEW Dark and Dynamite.

His most notable feud in the company was with Chris Jericho, which led to him losing to Le Champion in a match on Dynamite back in May.