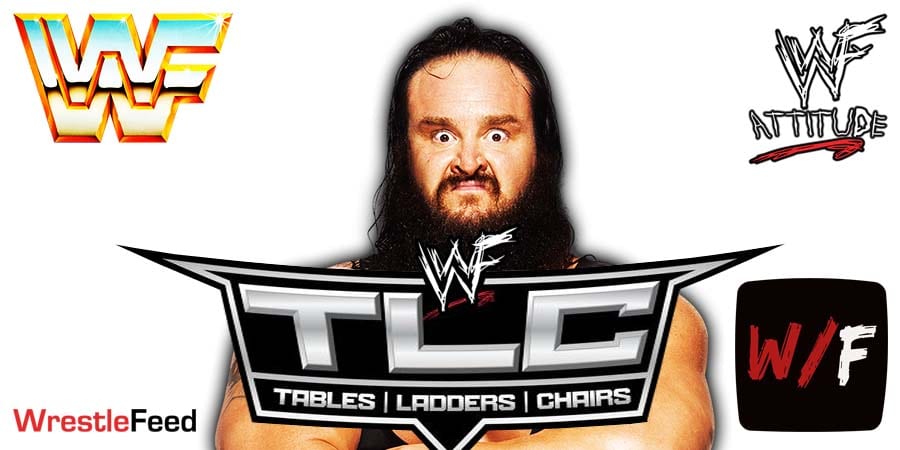 As we noted before, a report from the Wrestling Observer reported that Braun Strowman is set to challenge Drew McIntyre for the WWE Championship at next month’s TLC pay-per-view.

It was noted later that Strowman’s suspension angle may be a way to cover up his possible knee injury, which he suffered at Survivor Series.

On the latest edition of Wrestling Observer Radio, Dave Meltzer confirmed that The Monster Among Men is injured, and there’s a possibility that he could miss TLC.

“Real quick on Strowman. So Braun Strowman does have a knee injury because he is being treated for it. I don’t know the severity of it. The impression I have is that he’s not going to be at TLC. I mean, so I think the three way is going to be for the spot but I don’t know that a 100%.

The entire event was originally taped on November 15, 1986 at the Los Angeles Memorial Sports Arena in Los Angeles, California.