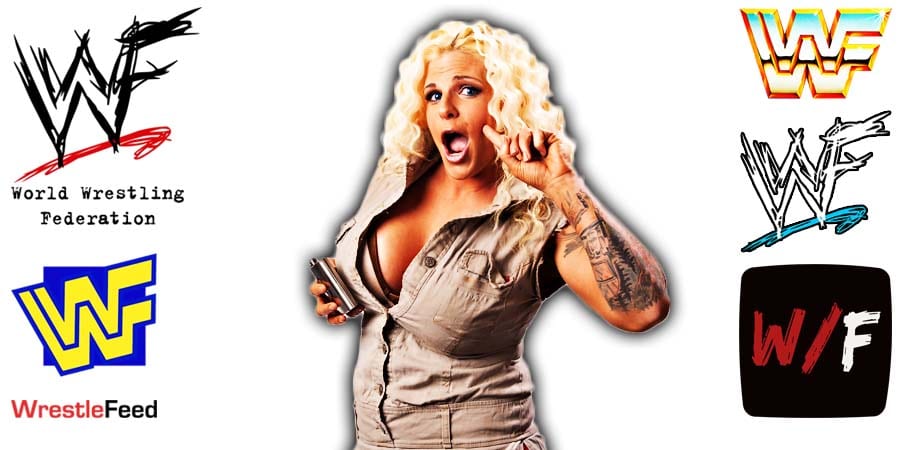 Former TNA Knockout ODB recently returned to Impact Wrestling, although at this point it will be short-lived, which will probably disappoint a lot of her fans.

During her return, ODB made the save for Jordynne Grace & Old School ECW Diva Jazz.

ODB revealed on the Wrestling Gal podcast that she won’t be with the promotion for long.

Here’s what she had to say:

“Well, I’m not back full-time, but it was nice of them, they reached out and it was perfect timing because I had just ended my Day 75 workout program when I went back, so that was quite the treat.

It was, it felt good. I did a few matches that will be airing soon, and I felt great.

Gail Kim is still there, she agents the girls, and after my match, she was like, ‘Wow, you haven’t missed a step!’

So, that felt good, because I haven’t been in the ring in over a year and I didn’t go practice, nothing.

I think the 75 obviously got me ready for that, which is weird because you never know what comes at you.

Obviously, I did 75 Hard for a reason and it attracted other things back into my life.

I wasn’t looking to go back into wrestling, I thought about it, as far as ‘I’m ready if anyone calls me, but I’m not knocking on no doors.’

So it was cool for them to call me because IMPACT’s always been my home.”

This episode was pre-taped from the Disney MGM Studios in Orlando, Florida and featured matches, interviews & storyline segments on the road to the ‘WCW SuperBrawl VII’ PPV.