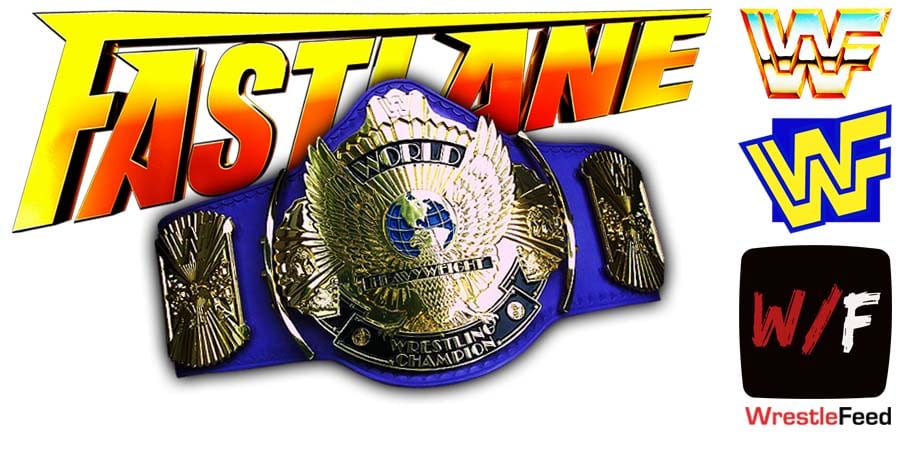 • Former WWE Champion Expected To Return This Sunday At Fastlane 2021

This event will air on both the WWE Network and the Peacock streaming service.

An interesting match is scheduled to take place on this PPV – Randy Orton will face Alexa Bliss in an Intergender Match.

According to Cageside Seats, former WWE Champion “The Fiend” Bray Wyatt is expected to return at Fastlane 2021.

He’ll return to protect Alexa and set up a match with Orton at WrestleMania 37.

The Fiend was last seen on WWE programming at last year’s TLC 2020 PPV, where he was burned by Orton in a Firefly Inferno Match.

As of this writing, WWE is officially advertising the following matches for Fastlane 2021:

Today would have been the 66th birthday of Old School WWF Veteran “Quickdraw” Rick McGraw.

Among his most famous opponents during his WWF run were stars like Jesse Ventura, Bob Orton Jr., “The Macho Man” Randy Savage, Nikolai Volkoff, Paul Orndorff … and many more.