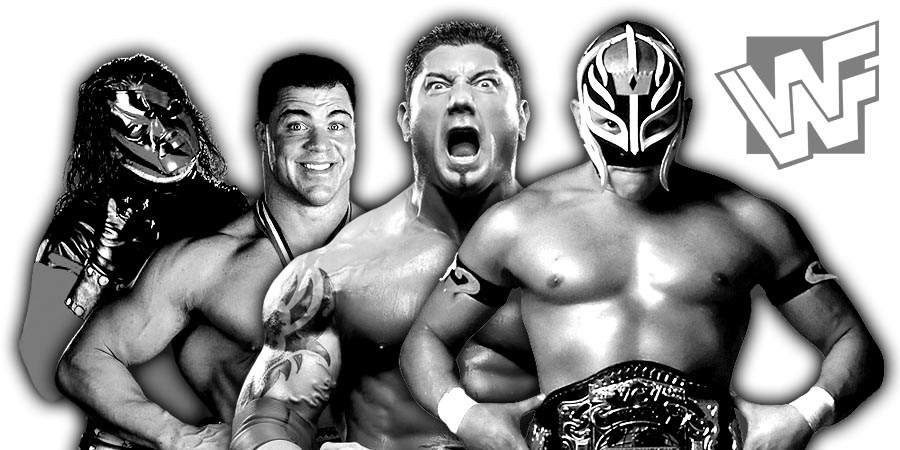 Let’s take a look at the top 20 news stories of the day from the world of WWE (SummerSlam 2017, Universal Title, Kurt Angle) & Professional Wrestling:

During a recent edition of the WrestlingInc podcast, Old School Wrestling Legend JJ Dillion recalled Eric Bischoff’s obsession towards putting Vince McMahon and the World Wrestling Federation out of business. Below is what he said:

“When I first got hired, I needed a job. I had left Vince on my own volition after I’d been there seven not quite eight years. Walked out, I had young kids, I had to have a job with benefits and I had Tony Schiavone call Eric Bischoff and he said yeah, ‘Eric wants to meet with you.’ And when I went to see Eric Bischoff for the first time, never met him before, the first thing he talked about was not what I could help him and I’m not talking about proprietary information, specific numbers, guys earnings’, that type of thing but the philosophy of how Vince built talent and structured his television show. All Eric wanted to talk about was, ‘How much longer can he stay in business? I’m going to put him out of business. What other matches does he got to go with?’ And he, I just sat and listened. And I didn’t want to say to him because I needed a job, ‘Eric if you think you’re going to put Vince out of business, you’re crazy.’ Vince is a third generation wrestling 24/7.

WCW was a division of a broadcast company. And which eventually happened when Eric thought he ran it into the ground, was reckless with the guaranteed contracts, reckless with the production costs of the television shows that I mean eventually all the sudden. When the good times were good, everyone at, the suits at TBS were smiling thought ‘Oh we got a guy in Eric that was kind of a TV guy, worked for Verne Gagne, and a wrestling guy too, he must be doing great.’

And then when it nosedived and all the sudden they’re losing $5 million a month and projected to lose $5 million more the next month and the next month, $60 million losses for that year and another $0 next year, everybody stood at attention and said, ‘What’s going on?’ And started asking questions and that was the beginning of the end.

And you know Eric was his own worst enemy.”