11. Another Fatal 4 Way Title Match Being Planned For SummerSlam 2017 It looks like the Universal Title won’t be the only Title that’ll be defended in a Fatal 4 Way match at SummerSlam 2017 (as we noted earlier in this article). The Raw Women’s Championship is also expected to be defended in a Fatal 4 way match at SummerSlam 2017 between Alexa Bliss, Nia Jax, Sasha Banks & Bayley. WWE teased that Bayley might be entering the Title picture again after pinning Alexa last week on Raw: “One week after Nia Jax rendered Bayley unable to compete when The Huggable One teamed with Sasha Banks against the juggernaut and Raw Women’s Champion Alexa Bliss, Bayley pinned the self-proclaimed “Goddess of WWE” in an intense rematch last Monday night. Based on that victory, it seems Bayley is back in the fight. Is the beloved Superstar inching toward a championship opportunity after pinning the titleholder?” On this week’s episode of Raw, it was announced that Bayley will face Sasha Banks next week on Raw to determine who’s going to face Alexa Bliss for the Raw Women’s Championship at SummerSlam 2017. 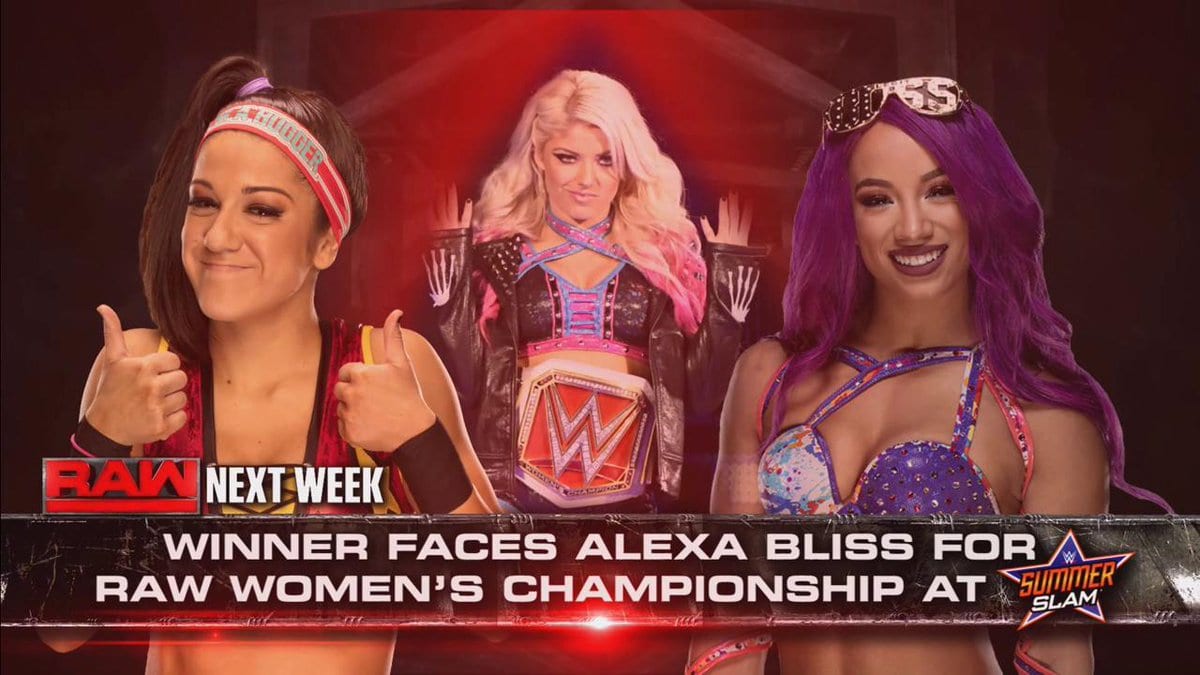