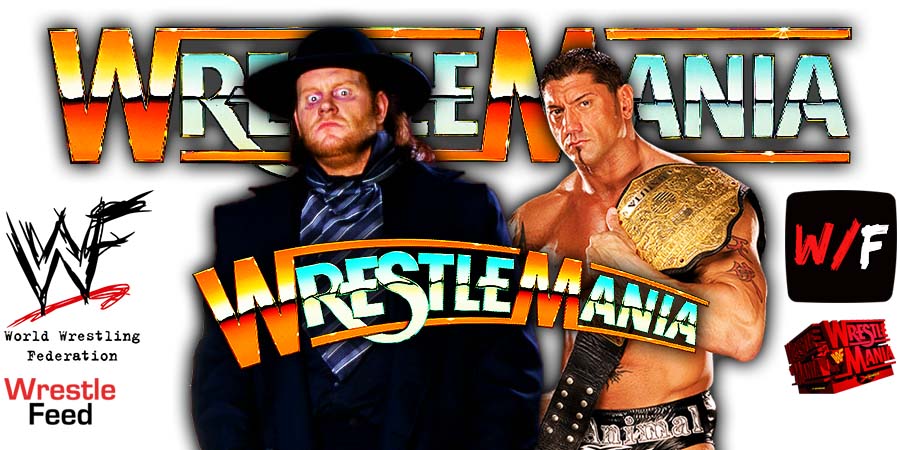 Before The Undertaker WrestleMania Streak came to an end in 2014, there were many names considered over the years who could be ‘the one’ to defeat The Phenom at the grandest stage of them all.

One of these names was former WWE Champion Batista.

Below is what WWE Hall Of Famer Jim Ross said on his podcast:

“Casual talk, but not dead serious. That Undertaker Streak was always perceived as something extraordinarily special and unduplicatable, and so, you’re always going to have that question, at every WrestleMania, is this going to be the WrestleMania that Taker’s Streak ends?

On April 1, 2007, The Undertaker defeated Batista to win the World Heavyweight Championship at WrestleMania 23 and take the Streak to 15-0.

It was pre-taped at the Nationwide Arena in Columbus, Ohio and featured matches, interviews & storyline segments on the road to the ‘WWE Judgment Day 2004’ PPV.