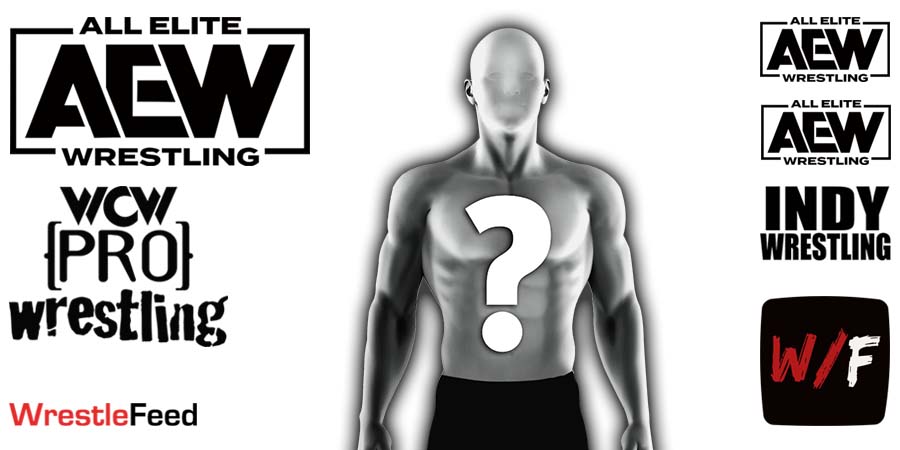 • Former WWE Champion Will Be Backstage At AEW Dynamite This Wednesday

According to Fightful Select, former WWE Champion Jeff Hardy will be backstage at this Wednesday’s AEW Dynamite.

The date for Wednesday is March 9, which is also the date for Jeff’s 90-day non-compete clause with WWE ending.

No word yet on if he will appear on the show or not, but we’ll keep you updated.

During an interview with Jared Myers, Jeff confirmed that he will be joining AEW soon.

A couple of days after Jared Myers uploaded his conversation with Jeff on YouTube, Jeff and Matt Hardy ripped on this guy.

“We are coming to Clover, South Carolina on March 19th and we are wrestling Griff Garrison and Marcus Cross. Two young guys. I don’t know about these young guys in the business, it’s hard to trust young people in this day and age.

Now speaking of young guys, what about that young guy that was a VIP at your concert, and you (Jeff) tried to give him a very special, honest, intimate conversation with you, and he ended up blowing up this inside intel you gave him and he ended up putting it on YouTube.”

According to the Wrestling Observer, Jeff & Matt said this because WWE could sue AEW for contract tampering:

“Hardy, today, is under contract to WWE. If you say that, it’s like, it’s frickin’ admission to tampering.

Look, we all know Jeff Hardy is coming in. Jeff Hardy himself said it until he realized, ‘Oh my god, I just f**ked up!’ So, he had to say, ‘I didn’t mean it,’ because it’s like…of course, he’s coming in, unless something falls through.

It’s understood. Everyone in wrestling knows it, but you can’t say it.”

On this day in 2007, we lost Old School WWF Veteran Bad News Brown (Real name: Allen Coage) at the age of 63 due to a heart attack.

Bad News Brown joined the World Wrestling Federation in early 1988 and left shortly before the 1990 Survivor Series PPV, where The Undertaker ended up being his replacement. The rest is history.

His most famous rivalries during his time in the WWF were against “The Macho Man” Randy Savage, Jake “The Snake” Roberts and “Rowdy” Roddy Piper.