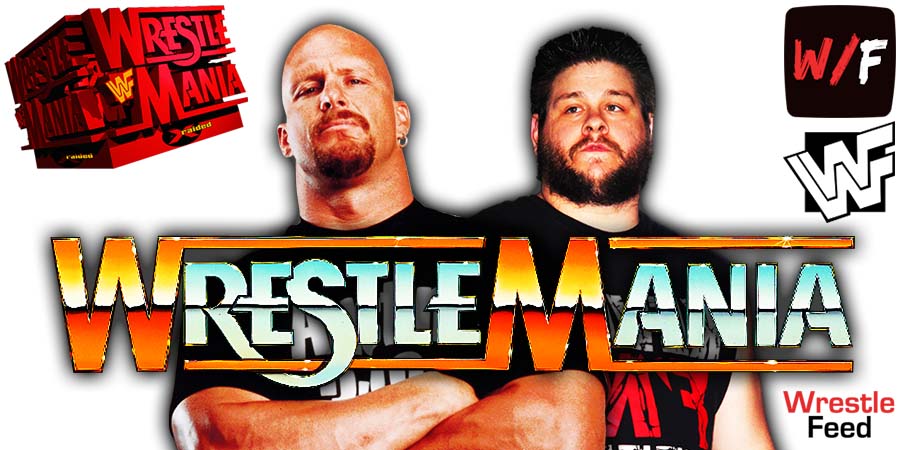 As we have reported before, WWE wants to do “Stone Cold” Steve Austin vs. Kevin Owens at WrestleMania 38.

However, it doesn’t look like this match is going to happen. Instead, Austin is scheduled to confront Owens at WrestleMania now.

The Wrestling Observer is reporting that Austin hasn’t agreed to a match as of Friday and most likely will not agree to have a match:

“Steve Austin and Kevin Owens, they will have a confrontation but it is not clear if that will be a match or not anymore because it’s essentially up to Austin at this point.

They want the match. They thought they had the match and Steve – you know there’s a reason he hasn’t wrestled for 19 years and I just know that as of Friday he had not agreed to do the match even though it was on the books.

Now it’s on the books as a confrontation.”

After a stint for Total Nonstop Action! in 2010, where he wrestled under his real name, he retired from the sport of professional wrestling, and ended up becoming a pro-cannabis activist.