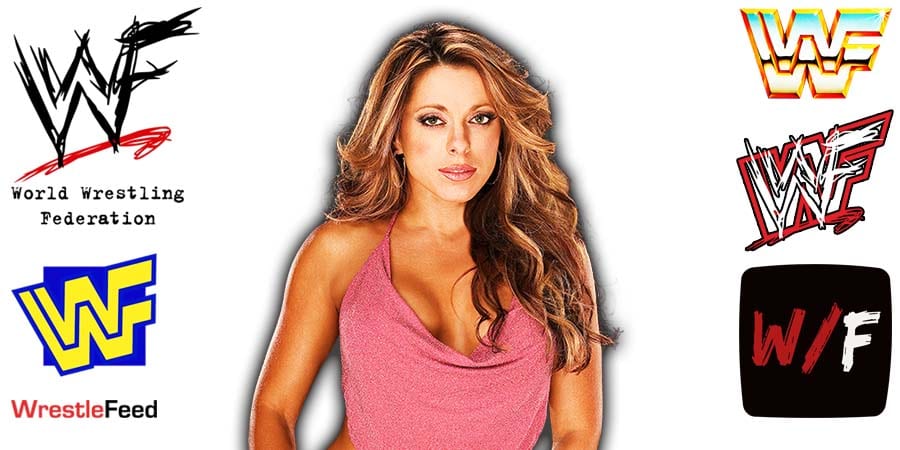 “I almost got into a lot of trouble because Randy didn’t have a room or something and he probably lied, just trying to get in my room, who knows?

So I felt bad for him, you know, because he was broke. Not that he’s broke now, he made up for it. So I was like, ‘Randy, okay, fine. You can sleep on the chair in my room!’

And I was like, ‘If you come anywhere near my bed, I swear to God I’m gonna kill you.’ So I let him do it like a couple different nights, I let him like sleep on the chair.

I don’t even know if he remembers this and someone saw him coming out of my room and you know, back then, that was a no-no.

You can not sleep with the boys, and it was [innocent]. It was totally innocent, and I was like, ‘Randy, you don’t even touch me. I swear to God I’m going to kill you,’ and I remember Bob Holly and everyone, they were getting on me, they were, ‘Yeah, we know’ and I could’ve gotten fired for that and not like now.

Now they do stories about it. It’s like a freaking kick in the a$$. Like everyone getting pregnant now and they glorify it. Meanwhile, I was [throat cut gesture] for being pregnant.”

When asked about a possible return to wrestling, Marie said the following:

“Like I said, I really divorced [wrestling]. I mean I miss my friends. But, I don’t know. I was talking to a few people. I know AEW has a lot of old school people.

I think I wanna maybe — I was talking to J.R. [about] maybe stopping by just to visit and say hi. You know, I just wanna say hi because it’s been so many years.”

Also Read: Randy Orton Reveals His Most Uncomfortable Storyline In WWE Till Date