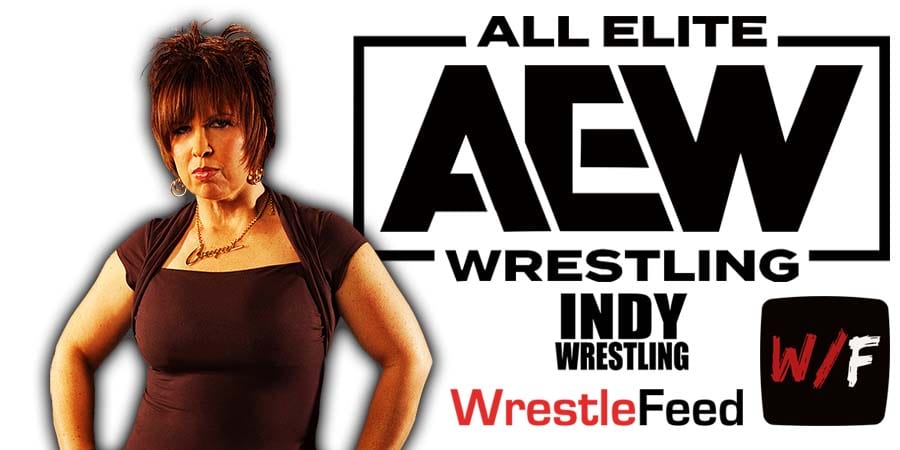 • Vickie Guerrero Will Make Her AEW In-Ring Debut Next Week

On tonight’s episode of AEW Dynamite, Vickie Guerrero announced in a backstage segment that Nyla Rose will challenge Britt Baker for the AEW Women’s World Championship on Night 2 of AEW Fyter Fest.

Before that happens, there will be a Tag Team match.

On next week’s episode of Dynamite (which will take place on their usual Wednesday night slot), Vickie & Nyla will team up to take on Baker & Rebel. This will be Vickie’s first match in All Elite Wrestling.

Below is the match-card for next week’s show:

– Miro (c) vs. Brian Pillman Jr. for the TNT Championship

This pay-per-view featured the WrestleMania 21 rematch between Shawn Michaels and Kurt Angle, as well as the last match of the 2005 Triple H vs. Batista feud.

The official theme song music of the PPV was the song “Happy” by the band Mudvayne.