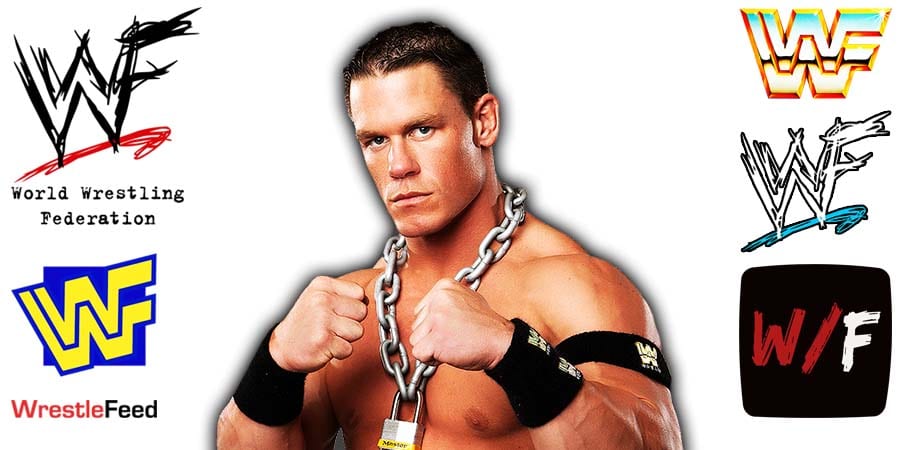 WWE Legend John Cena proposed to WWE Hall Of Famer Nikki Bella in the middle of the ring at WrestleMania 33 in 2017.

They were engaged to be married, but eventually broke up.

During an interview with Entertainment Tonight, Nikki had the following to say about ending things with Cena:

“I think a lot of women get into this situation when it’s like, ‘I love this person, but I don’t know if it’s right for my life,’ and that’s a hard thing.

I just got this feeling so deep in my gut of, like, ‘I need to walk away.’ And no one thought I would, but it was hitting me so hard.

Even though it’s painful and even traumatizing, I just knew it was right.”

Nikki is with Artem Chigvintsev (her Dancing With The Stars partner) now and they have a child together. On the other hand, Cena is married to Shay Shariatzadeh.

Also Read: Nikki Bella On John Cena Now Being Open To Having Children

On this day in 2020, we lost Old School WrestleMania Celebrity Regis Philbin at the age of 88 due to cardiovascular disease.

Regis Philbin was one of the greatest and most famous talk show hosts in United States history.

Old School Wrestling fans certainly remember him for having several famous WWF Superstars as his guests back in the day, such as Hulk Hogan, Randy Savage, The Ultimate Warrior, Steve Austin, Kurt Angle, … and many more.

Regis appeared as a guest backstage interviewer in 1991 during the WWF WrestleMania VII PPV, where he also appeared on commentary during the world title main event between Hulk Hogan and Sgt. Slaughter.