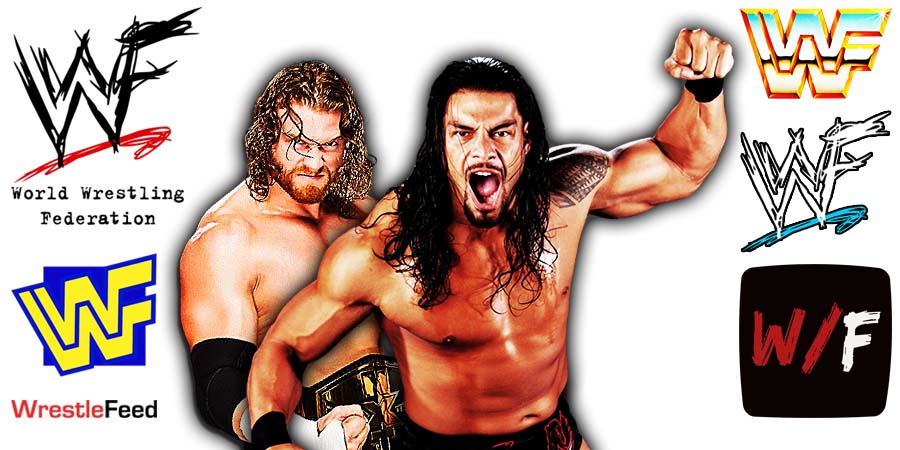 On the August 13, 2019 episode of WWE SmackDown, Roman Reigns defeated Buddy Murphy. This was their only match together.

Buddy discussed this match on his Twitch channel. Below are the highlights:

On Roman putting him over in front of Vince McMahon:

“Roman was all about it. Roman was all to make me in that moment. Roman tried to make a star that night, and I believe he did.

He even told Vince after that, he goes, ‘You’ve now got a star.’ But that’s all Roman, man. Roman’s the King.”

On what Vince said to him after that match with Roman:

“The one feedback that Vince had on the match was that my hands were on the ropes. If you’re getting hit in the face, your hands wouldn’t be on the ropes. And that stuck with me.

It’s so true though. I would never normally do that, but it’s so true. It opened my eyes up. I’ll never do that again.”

Also Read: “If Roman can do it, then what stops you?” – Buddy Murphy On His Issue With Bigger Wrestlers