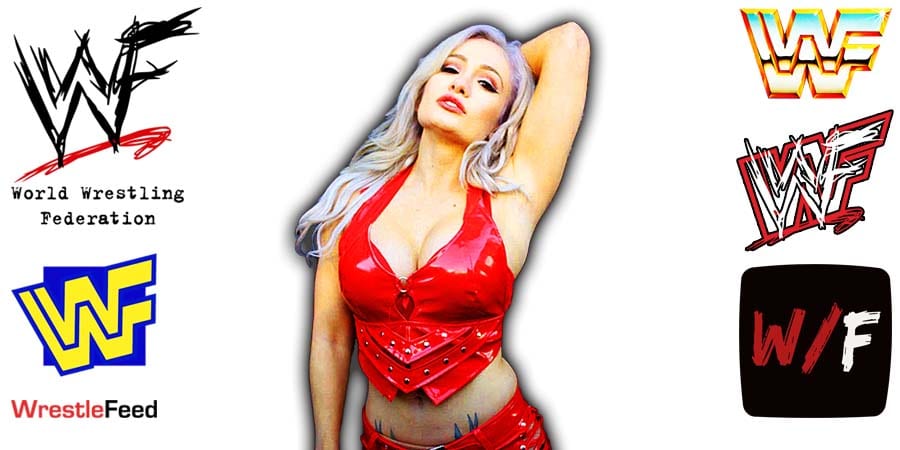 Scarlett (Karrion Kross’ girlfriend and valet in NXT) got released from WWE yesterday and she has a 30 days non-compete clause. After that, she’s free to do whatever she wants.