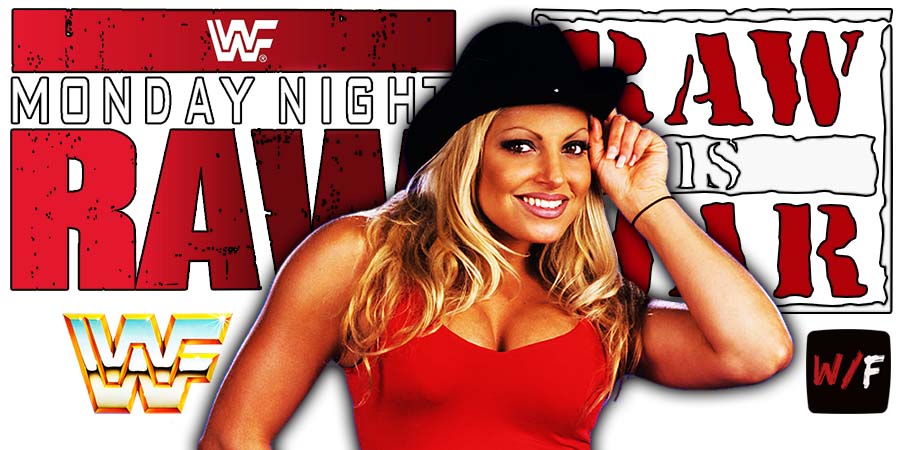 On an episode of WWF RAW Is WAR in 2000, Lita defended her Women’s Championship against Trish Stratus in a “Bra & Panty” match.

Lita won the match by exposing Trish and you can watch it below:

Also Check Out: Trish Stratus Had NipSlips Twice During Her WWF/E Days (Video)