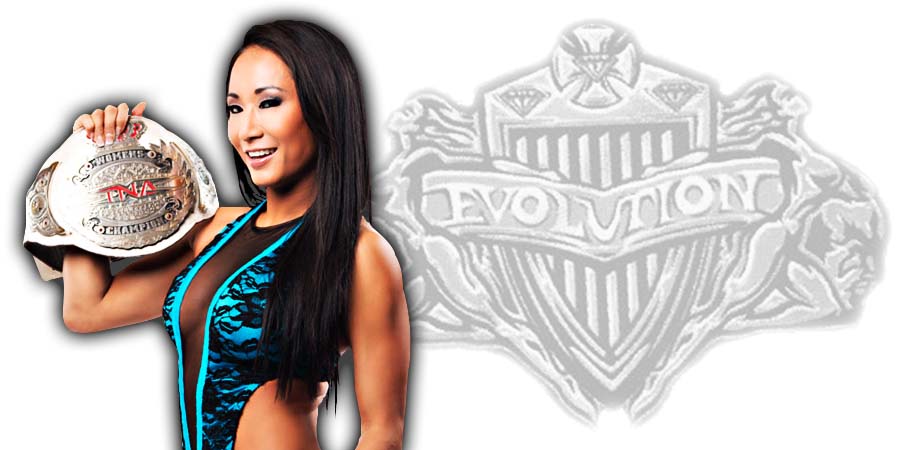 In 1978 he won the WWWF Tag Team Titles with his tag partner Dominic DeNucci, when they defeated the team of Mr. Fuji & Professor Toru Tanaka.

Gail Kim has been a big name when it comes to women’s wrestling. She has competed in WWE twice but she is best known for her career in Impact Wrestling.

As she is a former WWE Women’s Champion, many fans wonder if she would ever return to the company. WWE announced its first ever all-Women’s pay-per-view “WWE Evolution” recently which will be held in October. A fan noted on Twitter that they would like to see Gail compete at WWE Evolution in October. Below is Kim’s reply:

Happy for the women in the company but if I ever made. Return, it would only be for @IMPACTWRESTLING https://t.co/yillNFm9DT

Another fan pondered why Kim wouldn’t go to WWE for an appearance at the first-ever all-female PPV. Her reply was quite interesting.

Bc I’ve been there twice. I have never been happy there. Life is about happiness. Impact Wrestling is my happiness. It’s not about money sometimes…. people just don’t understand that https://t.co/rOaehEimOH

Lance Storm went on to agree with Gail’s decision:

You don’t date the guy with the most money, you date the guy that treats you right. At least if you have any self respect. Seems pretty simple. #Respect

A fan took a shot at Gail for not wanting to return at ‘WWE Evolution’ by tweeting the following:

@gailkimITSME problem is your mindset is still stuck in 2010, if you can't see there's been a drastic change with how the division is now handled, its your loss and really just ignorance at its finest

Whoever you are, please don’t tell me what I should be feeling or thinking. Only I’ve lived my life and walked in my shoes. So please get lost. You don’t know jack. https://t.co/XkOlAXMWxy