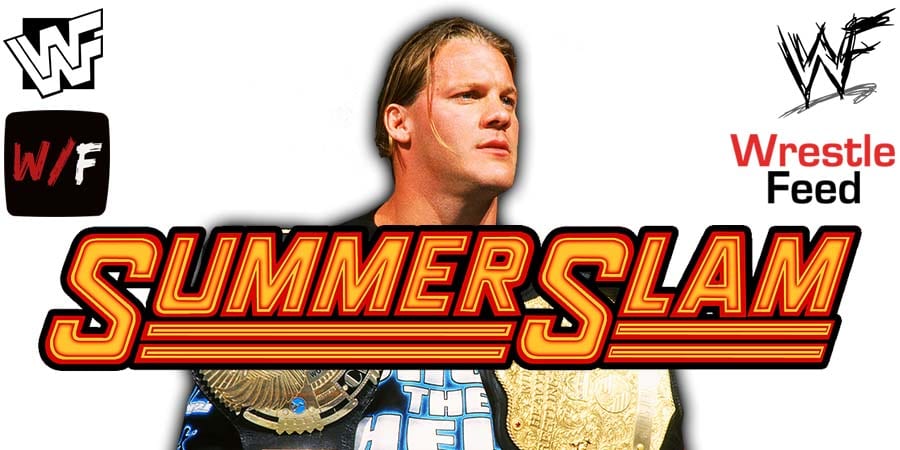 This episode was broadcasted from the PNE Coliseum in Vancouver, British Columbia, Canada and featured matches, interviews & storyline segments on the road to the ‘WWE SummerSlam 2003’ PPV.

3. Christian vs. The Hurricane

During a recent interview on Busted Open Radio, former WWE wrestler Enzo Amore talked about what happened backstage after the SummerSlam 2016 main event, where Brock Lesnar busted open Randy Orton with his elbow and won via TKO.

Below is what Enzo said:

“There was a real fight that took place that day in the middle of the Garden. Why? Because when you think of Randy and Chris Jericho in SummerSlam [2016], Randy bleeding out. The guys in the locker room are not smart into the business. Jericho leaves that locker room furious. Gets into Gorilla and flips out and causes a fight between Brock and Vince.

Because he in his mind is protecting Randy and the business and he is thinking that Brock is taking liberties on a guy. [No one] in the entire arena whether backstage, in the locker room, in gorilla, in the f*cking arena, didn’t know what the f*ck just happened. Very confusing, because it was real.”

The report from wrestling insiders that came out after SummerSlam 2016 stated that Jericho didn’t know that spot was scripted and confronted Lesnar as soon as he came backstage. Lesnar challenged Jericho to hit him, but Vince McMahon interfered and took care of the situation.