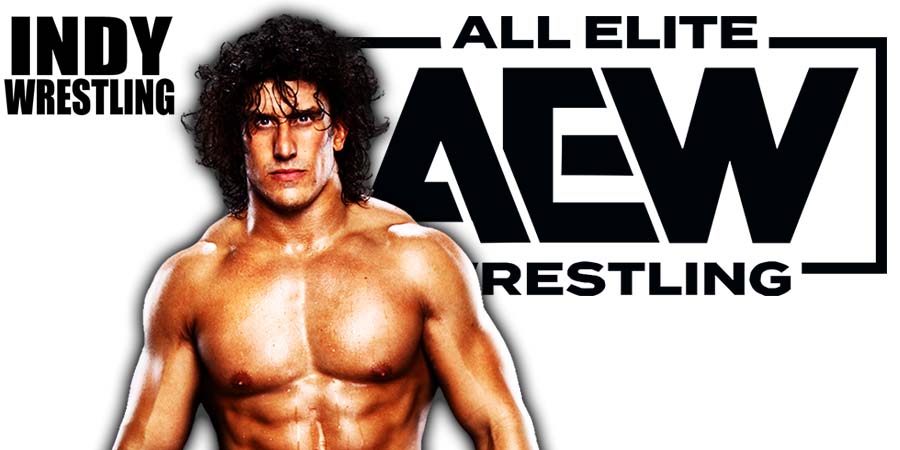 This episode was pre-taped at the Oakland Coliseum in Oakland, California and featured matches, promos & storyline segments on the road to the ‘WWF SummerSlam 1988’ PPV.

2. George Steele vs. The Intruder

Former WWE wrestler EC3 has been teasing a lot of exciting things about his future since he was released from WWE in April.

After teasing an IMPACT Wrestling return a couple of weeks ago, EC3 is now teasing a possible AEW debut, as he reference AEW many times in the video he posted and also showed the AEW logo at the end.

“You can spend your life letting the world tell you what to do.⁣⁣
Dictate your path.⁣⁣
Choose your fate. ⁣⁣
Do you decide your future or is it chosen for you?⁣⁣
⁣⁣
We are in an unprecedented time. From lockdowns, to quarantines, to turmoil in the streets. It’s truly an American nightmare.⁣⁣
⁣⁣
From coast to coast, from Maine to SoCal, uncensored chaos and confusion reign. When you go outside it feels like you’re in the jungle…⁣⁣
⁣⁣
You fear the revolt is coming for you if you don’t subscribe to the popular opinion, adhere to the group think, you feel like you are left out to hang…⁣⁣
⁣⁣
The natural state of things has fallen into this dark order, and you plug away, day after day like a gear in a F’n machine.⁣⁣
⁣⁣
Society is BROKEN⁣⁣
⁣⁣
These are the times you keep your inner circle small. ⁣⁣
You don’t have best friends. ⁣⁣
You can only trust yourself. ⁣⁣
⁣⁣
Age doesn’t matter whether you are an old man or a young buck now is the time For you to speak your truth⁣⁣
⁣⁣
you stand tall⁣⁣
exalted⁣⁣
rise like a phoenix⁣⁣
carry yourself with moxie ⁣⁣
and seal it with a sunny kiss.⁣⁣
⁣⁣
These bastards may criticize you, mock you, cancel you hell they might imitate you.⁣⁣
⁣⁣
But it’s never the end.⁣⁣
Never apologize.⁣⁣
⁣⁣
There is never an omega if you are an alpha.⁣⁣
⁣⁣
Now, you Think for yourself ⁣⁣
Now, you Fight for yourself⁣⁣
Now, you control your narrative⁣⁣
⁣⁣
If you don’t, you’re just part of the con.⁣⁣
⁣⁣
You are more than elite, you are free. ⁣⁣
⁣⁣
They have been warned.⁣⁣
⁣⁣
#ControlYourNarrative⁣⁣
#FreeEC3⁣⁣”