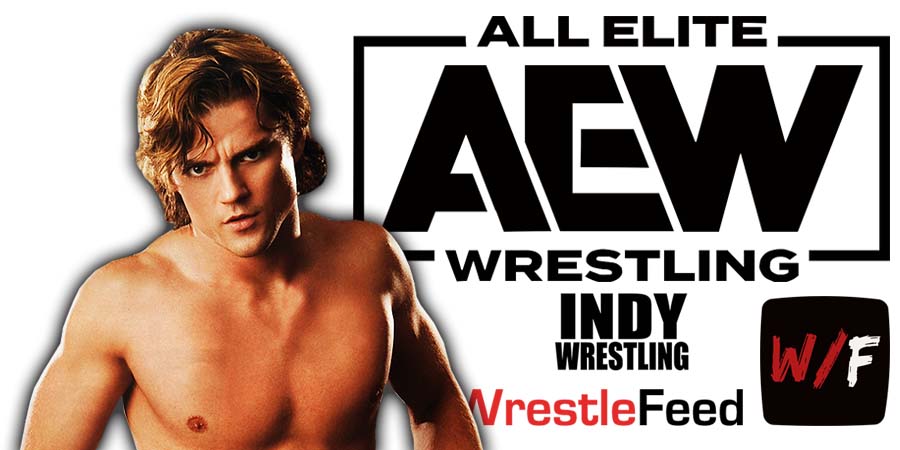 As we noted earlier, The Brian Kendrick got his WWE release and was scheduled to make his AEW debut on tonight’s Dynamite in a match against Jon Moxley, but that didn’t happen.

Kendrick’s controversial comments from 2011 were brought up on Twitter, which resulted in AEW President Tony Khan pulling him from the show.

You can check out his comments below:

That 2011 Brian Kendrick clip is even WORSE in context: It’s part of a section w/ the title card “Who or what are the repitlians?” and makes it very clear that he thinks that, as explained to him by David Icke, “Zionists,” “Jewish medics,” & “the Rothschilds” are The Reptilians. pic.twitter.com/xoxzh2NrS0

“We’ve been made aware of abhorrent & offensive comments made in the past by Brian Kendrick. There’s no room in AEW for the views expressed by Brian. We think it’s best for all that Brian be pulled from tonight’s card as we gather more info.”

Kendrick has issued the following statement regarding this situation:

“I apologize for all the hurt and embarrassment I have caused with my words. These are not my beliefs and never were beliefs of mine, and I crossed the line.

I spread the most vile comments without thinking of the damage it would cause. I will live with this regret for the rest of my life. I am truly sorry for the pain I have caused.”