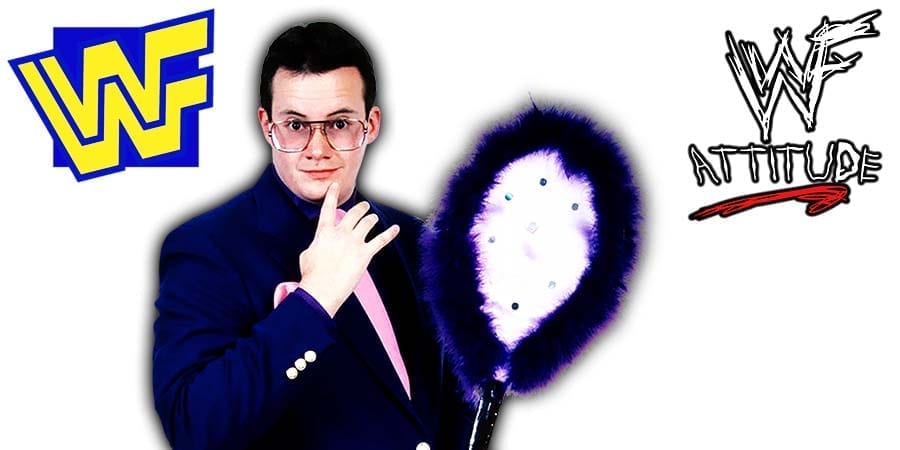 The Ultimate Warrior vs. Smash

The Berzerker vs. Randy Fox

The British Bulldog vs. Frankie DeFalco

Promo By Aaron Baker Of The WBF

Promo By Paul Bearer & The Undertaker

The Bushwhackers/Jim Duggan vs. The Nasty Boys/Earthquake (Joined In Progress)

Hulk Hogan Tries To Run Over Bobby Heenan With His Motorcycle

Bret Hart vs. The Brooklyn Brawler

You can read what Cornette said below:

“Lio Rush is a f*cking mental case. I’ve been saying that since [WWE] signed him first, right? Remember he’s the one that took the f*cking powerbomb off the roof or something in some garbage wrestling show in New Jersey. That was his farewell [before going to WWE] and he no sold it so he could pop up and take a bow. So he’s always been a f*cking idiot.

A million dollar talent if they’d have made him an a**hole manager that you wanted to f*cking see…you would pay to see him get the sh*t kicked out of him. But, he wants to be a f*cking wrestling superstar at 5-foot-2 and 140 pounds.

Obviously a f*cking screw loose because he’s always f*cking torpedoing his own self. Because nobody gives a sh*t whether he’s around or not when he’s running his mouth.

I can run my mouth because I’m here at home and I don’t give a sh*t whether I go anywhere, but him? He still wants a f*cking job allegedly.”

The Man Of The Hour found out about Cornette’s comments against him, and he responded to him in a similar tone.

“Why is Jim Cornette such a f*cking idiot?”

Why is Jim Cornette such a fucking idiot?

Also Read: Seth Rollins Calls Out Jim Cornette For The ‘Nonsense’ He Talked About Becky Lynch