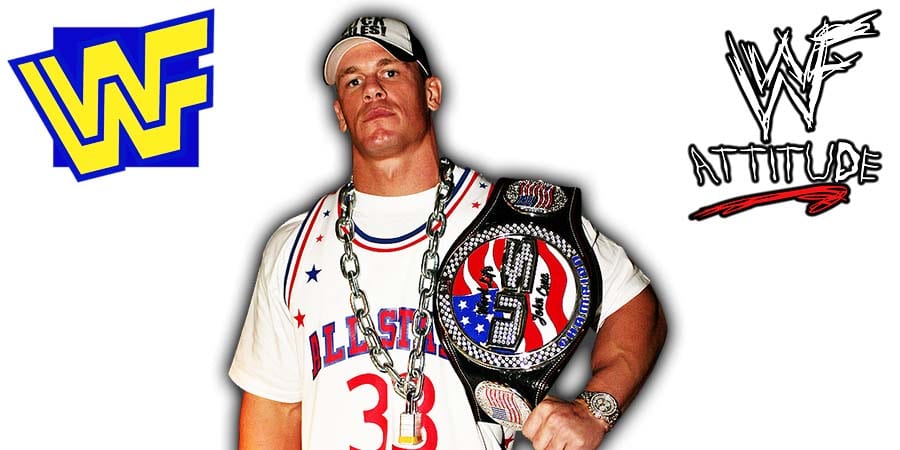 In late 1995, Halac had left the WWF and joined Extreme Championship Wrestling for a brief stint as “Bruiser Mastino”.

In 1996, he returned to the WWF as Goldust’s unnamed bodyguard during the feud with The Ultimate Warrior, only to disappear again and return in 1997 as “Tank”, an original member of ‘The Truth Commission’.

Nowadays he still wrestles on the independent scene every now and then.

Former WWE wrestler Tyler Reks was a recent guest on The Lewis Nicholls Show, where he discussed his real life beef with John Cena in the past.

He said that the 16-time WWE World Heavyweight Champion forced him to change his finisher:

“Where did our bad relationship come from? It started when I got drafted to RAW and it was all about me using a finisher that looked similar to his. The interesting part is when I was first being — when Tyler Reks was being introduced as a heel and I was coming off the Bragging Rights deal where I took Kaval’s (Lo Ki) spot he had done a match against Big Show. So he comes out gets cocky I’m like I want your spot and we have a match and I took his spot. Nobody had seen this character before.

Before all of this happened we were rehearsing in front of the agents before the show and Arn Anderson was my agent. He said ‘Reks what’s your finisher?’ I said I’m using the Burning Hammer. Basically it’s like an inverted [Attitude Adjustment], but I flip them over and sit down with a DDT. It’s nowhere near the same, personally I think it’s way cooler [laughs].

Goldust says ‘I’ll take [the Burning Hammer] for ya’ and we do it in front of everyone and Cena was right there and they go ‘Oh god! Are you okay Dust?’ He said ‘yeah it’s easy no problem.’ I don’t remember who had the earpiece on, but someone said, ‘Okay Vince likes it, use it!’

Cena looks at me in front of all the boys and says, ‘you might have to find another finisher.’ I looked him dead in the eyes and said, ‘Sorry man, I know it looked a little screwed up tonight it didn’t come off the way it should have. We’ll get it right tomorrow.’

We did it, I go backstage and [Cena] just starts yelling at me in front of all of the guys. Like he just ‘What did I F’n tell you last night?! Are you deaf?!’ I’m like ‘woah man, what’s wrong?’ He’s like ‘I told you to find another finisher!’ He’s just yelling at me and degrading me like I was a six-year-old kid.”

You can watch Tyler Reks’ Burning Hammer finishing move below: