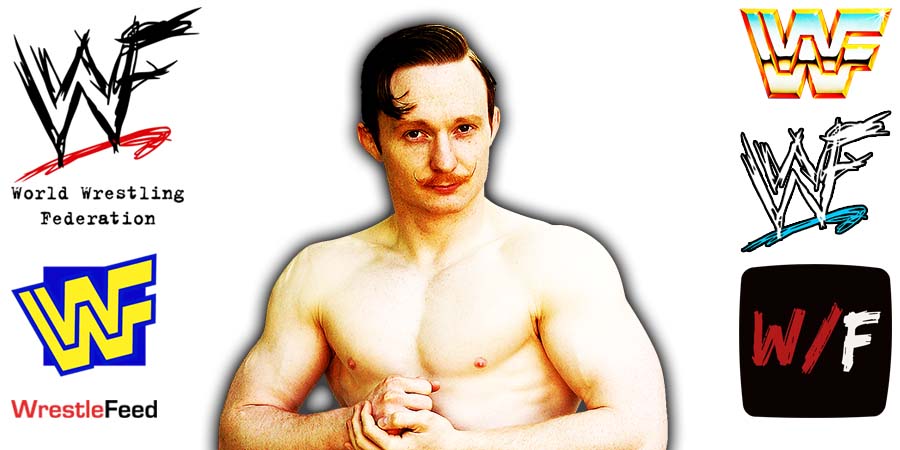 He was released from the WWE in June 2020, after a woman made sexual assault allegations against him.

Gallagher then took responsibility for his actions and apologized to the woman.

“Following an allegation made in June 2020 as part of the #SpeakingOut movement, I was released from my contract with the WWE.

I didn’t release a statement then because it didn’t feel the right thing to do at the time. I have now taken the time to process what has happened and would like to respond.

In 2014, at a New Year’s Eve party, I met a young woman and my behaviour towards her was inappropriate. As this party was nearly 6 years ago and I had drunk quite a larger amount of alcohol that night, unfortunately, I do not recollect what happened.

I wish to make it clear that drinking is not an excuse for my behaviour that night. I want to express my deepest regrets, and I am genuinely sorry for the upset that I have caused.

Following these allegation, I proactively contacted the Head of WWE Talent Relations to take responsibility for my actions, as I was aware that the woman who made the allegations and I had both attended the same New Year’s Eve party.

I was then informed that this would be a breach of the company ethics policy, and this is what led to my release from my contract with the WWE.

This isolated incident is not reflective of my behaviour and attitude towards women. As a man, I know I can do better, and with the support of my wife, I have taken the time over the last few months to understand what I can do.

But this is not about me, but about the women that come forward as part of the #SpeakingOut movement. I will continue to support women and this movement to the best of my ability.”

This episode was broadcasted from the Resch Center in Green Bay, Wisconsin and featured matches, interviews & storyline segments on the road to the ‘WWE No Way Out 2003’ PPV.