Former WWE wrestler Parker Boudreaux (Harland in NXT 2.0) made his debut in All Elite Wrestling at the AEW Dark tapings two weeks ago.

Ariya Daivari started his Trust Busters stable at this tapings and Parker was introduced as a member of the stable.

Parker’s actual first match for Tony Khan’s AEW will air tonight on YouTube as part of the newest episode of ‘AEW Dark’, where the former Harland will wrestle the masked Lucha Libre wrestler Serpentico. 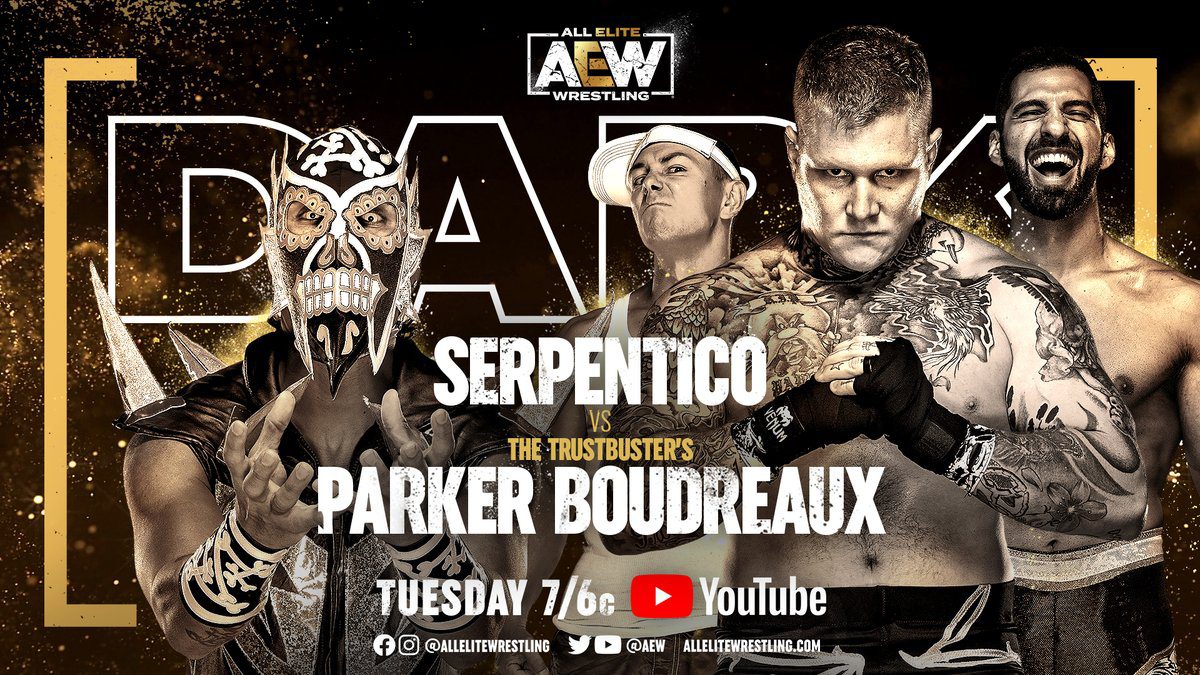 Boudreaux was released from WWE back in April. His released came as a shock to many, as Harland was dubbed by many as the ‘Next Brock Lesnar’, because of some similarities in their look.

This comparison made him popular and he has over 800,000 followers on Instagram and he gained that without ever appearing on RAW or SmackDown.